Tunde, an artist is part of a new wave of entertainers who no longer accept to be boxed in musically. 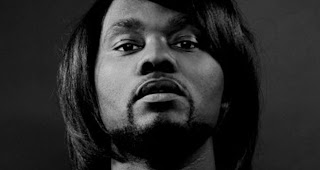 During the day, Tunde Olaniran is a social activist; at night, he commands the stage, striving to push the electro sound. During every new performance,he transforms into a music maven singing quietly over a spare Casio keyboard, 808 backed by 2 alien-looking female dancers.

As a child, Tunde lived in Germany, Nigeria, and England before settling in Flint, MI for his late adolescence. He toured Europe (France, Germany, Austria, Switzerland, Croatia), sharing the stage with acts like Switch, Ebony Bones, Diplo, XXXChange, and Jahcoozi.With the mixture of the eclectic music surrounding him and drawing influences from Santigold and Missy Elliott,  In March 2010, he released the first part of a 3 EP series “The First Transgressions” (via Exchange Bureau) with music videos landing on MTV.

Q: I've watched some of your videos, and I'd agree with the people who describe your performances as "eclectic" - How did you come up with your unique style? Was there an evolution or did all the influences come together seamlessly? 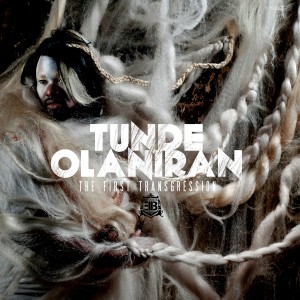 A: I really believe in doing the most that you can do with the materials and resources you have. Aesthetically, I’m trying to communicate my inner life to an audience. Whether that comes through a set list, a specific cover song, the way costumes are styled, movement and choreography, it’s all kind of meant to serve the same end, you know?

I think in the past two years, the way I stage a performance has gotten more intentional, just because I’ve stopped performing with a full band and stepped up to perform my solo material. So, it’s just me now, and the feedback I’ve gotten on the live show is always overwhelmingly positive.

Q: Do you handle all aspects of your performances (i.e. lighting design, costume, etc.) yourself or do you work with other people?

A: Yes, in terms of my performances (makeup, costuming, lighting, choreography, arrangement), it’s all my concept. I work with wonderful dancers who can always help bring my choreography to life, and add SO much energy, mystery and drama to the performance. As far as the lighting, I’ll often have something I created (LED wreaths) or have controlled by remote during a show. I think even if I had the resources one day to hire a lighting director, I’d be very much involved in the design.

Q: How do you describe your style - in your own words? 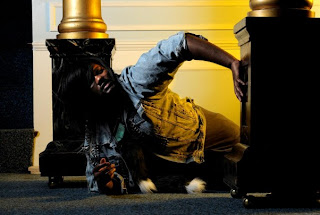 A: Musically, I’d say it’s afro-club electronica, with twinges of rock (punk/metal) and pop. It draws from a lot of deep wells, influence-wise.

Q: How do you come up with a treatment for an individual song - what comes first, words, music, rhythm..?

A: For me, it’s often a small sample of something. So, often it’s a really incredible drum sample, or a synth voice that I use to create a melodic line, or maybe a certain phrase. So, with Cobra, for example, I had this crazy snare (that you hear at the top of the track), and a phrase: “White flag in my left/Gun in my right hand.”