TIFF PRESENTS RETROSPECTIVE OF LEGENDARY JAPANESE ANIMATION STUDIO WITH
SPIRITED AWAY: THE FILMS OF STUDIO GHIBLI
FEATURING NEW 35MM PRINTS OF CLASSICS INCLUDING SPIRITED AWAY,
PRINCESS MONONOKE, MY NEIGHBOR TOTORO, CASTLE IN THE SKY,
AND NAUSICAA OF THE VALLEY OF THE WIND
March 10 to April 13 at TIFF Bell Lightbox

Toronto — TIFF presents a retrospective devoted to Japan’s Studio Ghibli, one of the most influential film studios in the world.

Running from March 10 to April 13 at TIFF Bell Lightbox, Spirited Away: The Films of Studio Ghibli features newly-struck 35mm prints and includes 15 of the studio's most beloved films including My Neighbor 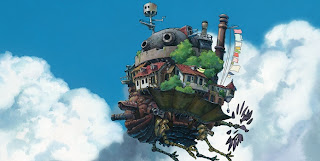 Screenings Include:
Nausicaä of the Valley of the Wind (Kaze no Tani no Naushika)
dir. Hayao Miyazaki | Japan 1984 | 117 min.
An ambitious sci-fi/fantasy epic, Nausicaä of the Valley of the Wind brought a new artistic credibility to anime, and its success led to the founding of Studio Ghibli. A visual marvel, featuring some of the greatest monsters in the Ghibli canon, Nausicaä established the ecological and political themes that would form the philosophical foundation of the great Ghibli films to come.

Castle in the Sky (Tenkû no shiro Rapyuta)
dir. Hayao Miyazaki | Japan 1986 | 125 min.
Hayao Miyazaki’s dazzling action-adventure epic was the first film released under the Studio Ghibli banner, establishing the studio’s trademark art style, its tradition of strong female protagonists, and the political/ecological underpinnings of its intricate fantasies. The young heroine Sheeta possesses a powerful crystal that might hold the key to the discovery of Laputa, a legendary floating city concealed within a violent thundercloud. Released in an English-dubbed version by Disney in 2003 (with the voice talents of Anna 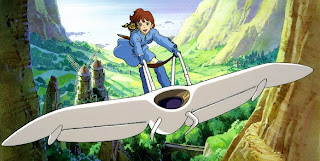 Paquin, James Van Der Beek, and Mark Hamill), Castle in the Sky is a testament to the power of hand-drawn animation.

Only Yesterday (Omohide Poro Poro)
dir. Isao Takahata | Japan 1991 | 118 min.
Taeko Okajima, an office girl from Tokyo, decides to take a 10-day vacation in the country. She chooses to visit some relatives of her sister’s husband and work on their safflower farm. The slow, laborious process of harvesting the crops gives Taeko an opportunity to reflect on her past, and what her life goals might be. Never released on home video in North America, Only Yesterday offers a study on the profound beauty of rural life, positioned alongside nostalgic and humorous recollections of 1960s Japan.

Ponyo (Gake no Ue no Ponyo)
dir. Hayao Miyazaki | Japan 2008 | 100 min.
Ponyo is a fish-girl who lives in an underwater castle with her father and several sisters. Loosely based on Hans Christian Andersen’s The Little Mermaid and incorporating the customary Ghibli ecological message, Ponyo marked Miyazaki’s return to more lighthearted fare and a new level of craftsmanship: the intricate animation of the sea and waves (much of it drawn by the director himself) resulted in the production of 170,000 separate images, a record for a Miyazaki film. The English-dubbed version features the voices of Cate Blanchett, Matt Damon, Tina Fey, Lily Tomlin, Betty White and Liam Neeson. 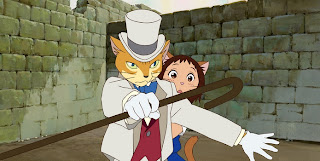 logo and their Tokyo headquarters.

Whisper of the Heart (Mimi wo Sumaseba)
dir. Yoshifumi Kondo | Japan 1995 | 111 min.
As she approaches the last summer of junior high, 14-year-old Shizuku determines to read as many books as possible in preparation for her future career as a writer. This sensitive teenage love story was the first and last film directed by Yoshifumi Kondo, Miyazaki’s anointed successor at Ghibli, who died suddenly in 1998. Whisper of the Heart was the highest-grossing film of its year in Japan, and its gorgeously rendered fantasy sequences representing Shizuku’s tales of The Baron (directed by Miyazaki) proved so popular that Ghibli made a spin-off film starring the dapper feline, The Cat Returns.

Porco Rosso (Kurenai no Buta)
dir. Hayao Miyazaki | Japan 1992 | 94 min.
After a mysterious encounter in the skies during World War I, famed flying ace Marco Rossolini was cursed to look like a pig. Placing Miyazaki’s trademark brand of whimsical fantasy within an unusually specific historical and political context — the post-WWI depression and the rise of Italian fascism — Porco Rosso is a high-flying adventure with a porcine twist, and was the highest-grossing film of its year in Japan. 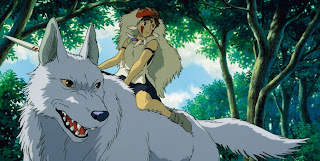 cat Jiji. Settling in a quaint seaside town, Kiki starts her own broom-borne courier business, but finds that her powers are fading in the face of her insecurity and self-doubt. Released in a dubbed version by Disney in 1998, with Kirsten Dunst as Kiki and the late Phil Hartman as Jiji, Kiki’s Delivery Service has proven to be one of the most popular Ghibli titles in North America.

The Ocean Waves (Umi ga Kikoeru)
dir. Tomomi Mochizuki| Japan 1993 | 72 min.
Rarely seen outside of Japan and never before released in North America, The Ocean Waves is one of Ghibli’s most poignant and unsung masterpieces, capturing the joys and drama of adolescence and teenage alienation with subtle insight and affecting sensitivity. The first Ghibli film to be directed by someone other than Miyazaki or Takahata, The Ocean Waves was a project initiated and controlled by the studio’s younger artists under the supervision of 34-year-old director Tomomi Mochizuki, melding the classic Ghibli style with a more consciously mature narrative that reflects the concerns of the studio’s new generational cohort.

The Cat Returns (Neko no Ongaeshi)
dir. Hiroyuki Morita | Japan 2002 | 75 min.
After high-school student Haru rescues an elegant black cat from being hit by a speeding delivery truck, the awkward teenager finds her locker inundated with gift-wrapped mice and her desk inscribed with crayoned 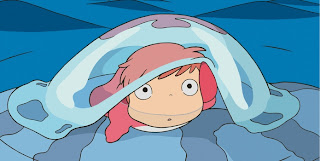 cat-hieroglyphs. Alice in Wonderland meets The Metamorphosis with the never-fails kawaii factor of cat-anthropomorphism in the debut feature by second-generation Ghibli animator Hiroyuki Morita, which carries over the popular character of The Baron from the studio’s 1995 film Whisper of the Heart.

My Neighbors the Yamadas (Hohokekyo Tonari no Yamada-kun)
dir. Isao Takahata | Japan 1999 | 104 min.
This rarely-seen gem is a considerable departure for Studio Ghibli in terms of both style and story. Not only does this gently humourous domestic comedy eschew the wild flights of imagination of Miyazaki’s fantasies or the historical gravity of director Isao Takahata’s acclaimed Grave of the Fireflies, but its comic strip-style animation was also created entirely on computers, making it the first Ghibli film to be made without traditional hand-drawn animation. Interweaving the family’s everyday life lessons with whimsical fantasy sequences, My Neighbors the Yamadas is a delightfully offbeat example of Ghibli’s focus on the intricacies of human relationships and the intersections of past and present.

Pom Poko (Heisei Tanuki Gassen Ponpoko)
dir. Isao Takahata | Japan 1994 | 119 min.
Tanuki, the legendary Japanese raccoon-dogs, are fun-loving creatures who live deep in the ancient forests. If you don’t see them, don’t be fooled; their enormous “pouches” endow them with the power to create fantastic illusions, allowing them to transform into just about anything — even humans — in order to play tricks. Isao Takahata’s whirlwind adventure is one of Ghibli’s most pointed and powerful ecological 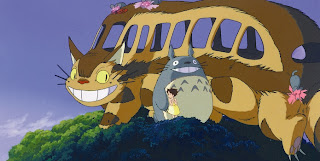 Spirited Away (Sen to Chihiro no Kamikakushi)
dir. Hayao Miyazaki | Japan 2001 | 125 min.
Winner of the top prize at the Berlin Film Festival and the Academy Award for Best Animated Feature, Spirited Away is Studio Ghibli’s best-known and most critically acclaimed work, and a modern classic of the animated film. Featuring some of Miyazaki’s most dazzlingly imaginative creations — most notably the alarmingly immense masked spirit called “No Face” — Spirited Away is a visual wonder and a uniquely philosophical take on the standard coming-of-age story.

Howl’s Moving Castle (Hauru no Ugoku Shiro)
dir. Hayao Miyazaki | Japan 2004 | 119 min.
When Sophie, a teenage girl who works in her father’s hat shop, meets the charismatic wizard Howl, she inadvertently arouses the wrathful jealousy of the evil Witch of the Waste, who casts a spell that turns Sophie’s face and body into that of a 90-year-old woman. Adapting and considerably altering Diana Wynne Jones’ eponymous fantasy novel, Miyazaki creates one of his most visually inventive works, and introduces a deeply felt pacifist theme which he stated was inspired by his outrage over the American invasion of Iraq. One of the most financially successful Japanese films of all time, Howl’s Moving Castle appeared on numerous critics’ 10-best lists upon its North American release, and received an Academy Award nomination for Best Animated Feature.