Quicksilver Puerto Rican drummer Henry Cole knows how Wayne Shorter might have jammed with Fela Kuti. Or what Miles would have done if only he’d gone Afro-Caribbean with his rock-jazz hybrids. He 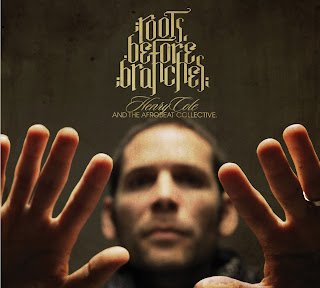 hears how jazz can grab the rootsy sounds of bomba, plena, and Cuban rumba, and sparkle with electro sheen and rock energy.

He hears it, because these sonic roots have been intertwining in Puerto Rico for hundreds of years. “If I had been a Puerto Rican musician playing a few centuries ago, I would have had the same kinds of influences: African, indigenous, European,” Cole explains. “They’ve come together to create mestizo sounds forever, and I’m just carrying that forward.”

Cole & the Afro-Beat Collective on Roots Before Branches (release: March 13, 2012), a gently autobiographical yet firmly funky vision that channels the joie-de-vivre of Cole’s home scene in Puerto Rico and the bright sophistication of New York’s jazz heights. Equally able to jam with a hip hop crew or jazz masters, Cole harnesses his well-honed rhythmic power and his love of catchy, evocative melodies to create a deep, wide-ranging vision of unity, balance, and Afro-Caribbean creativity.

One night, the bold beat that shook up Lagos came home to Puerto Rico.

Cole had reveled in the diverse musical sounds of his fellow Puerto Rican musicians playing in the small clubs and bars of San Juan’s historic heart. He had played with the scene’s many vibrant and varied figures, often dashing from an early evening jazz gig to a rock show right across the street. Some of his artist friends did spoken word. Some rapped. Some played rock en Español. Some were hot international jazz performers—MacArthur Fellow saxophonist Miguel Zenón, Grammy award winning sax player David Sánchez—and some were old-school Latin roots musicians and salsa masters. 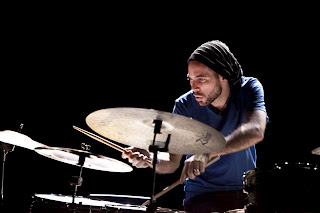 How could Cole find something that would let them all get down?

The solution: Afrobeat and the masterful grooves of Fela Kuti. “Miguel and I started doing jam sessions in San Juan at Christmas with a trio. It was great, but I missed all these other elements, like that salsa energy,” Cole recalls. “But when I heard Fela, I was like ‘Wow, this is it!’ He had tradition, he had the rock vibe, he had solos, and a really intense energy. The songs were relatively simple and you didn’t need a big rehearsal. I got to Puerto Rico with a chart, called my friends, and played. It was the perfect musical vehicle, but we adapted it to the island, with local percussionists and a poet instead of a singer.”

This cross-pollination grooves hard on tracks like “Trabájala,” where rap poet Hérmes Ayala rocks the mic with a pointed call to action, alongside Zenón’s wailing beauty of a sax solo. Or the organ-powered “Solo dos veces,” that puts the Cole’s spitfire drums play off of Afro-funky horn lines. He keeps all the elements in balance, thanks to a keen organic sense of timing and melody. For Cole, one pulse beats through it all: There’s a high voice, a low voice—and a language that moves everyone.

“In many traditions, the drum that speaks, that improvises, usually has a high and a low sound. You have two sounds in Puerto Rican plena, playing the language of the drum. The traditional players don’t think about it in terms of technique; they think about language,” Cole explains. “I wanted to learn the language from the main traditional sources and then orchestrate it from there.” 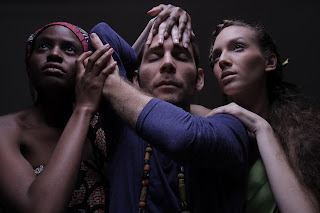 Fela’s band, or an Afro-Caribbean version of Bitches Brew—or simply in a springing pulse that sparked a whole melody in his inner ear.

Yet the tracks came together in a spirit of play, like the upbeat jam sessions in San Juan, capturing the sheer delight of making music that grooves . “In Puerto Rico, there’s a spirit of humility toward playing music, a real pleasure in the music,” Cole notes. “You can go crazy with joy and scream and play for fun. It’s a platform to be relaxed and happy. You play what you want, and you go back to the roots of playing, without attachments.”