TARRAGON PRESENTS THE ENGLISH PREMIERE OF
CAROL FRÉCHETTE'S
THE SMALL ROOM AT THE TOP OF THE STAIRS
Continues to April 8, 2012

"Spread your wings, my love. Take over the whole house."

Toronto - Tarragon Theatre is pleased to present the English-language premiere of The Small Room at the Top of the Stairs, written by leading Canadian playwright Carole Fréchette, translated by John

Murrell, one of Canada's most frequently produced playwrights, and directed by Weyni Mengesha, hot on the heels of her production of Kim's Convenience at Soulpepper Theatre Company where she is associate artist.

The Small Room at the Top of the Stairs stars Claire Calnan as Anne (Tarragon: After Akhmatova, The Clockmaker), Sarah Dodd as Joyce (Tarragon: The Fall, Humble Boy), Raquel Duffy as Jenny (Soulpepper: The Odd Couple, Death of a Salesman), Rick Roberts as Henry (Tarragon: Molière, John and Beatrice) and Nicole Underhay as Grace (Shaw Festival: Cat On A Hot Tin Roof, The Admirable Crichton).

Innocent, angelic and beautiful, Grace has just married the man of her dreams. Henry is rich, handsome and promises the world. He just has one small request. A request she must abide. She mustn't ever go into the small room at the top of the stairs. And yet, Grace finds herself irresistibly drawn to the mystery behind the door, despite warnings from her mother Joyce and the endless misgivings of Anne, her older sister. Loosely based on Charles Perrault's Bluebeard, The Small Room at the Top of the Stairs proves that we all have things to hide, and begs the question, what would happen if these secrets are exposed?

Currently showing in Mexico City, The Small Room at the Top of the Stairs has garnered worldwide attention with productions in France, Switzerland, Greece, Slovenia and Austria. Tarragon has 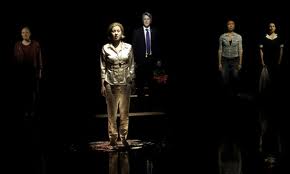 Carole Fréchette was born in Montréal and is a graduate of the National Theatre School. Still based in Montréal, she has been a force in Québec theatre for over 25 years. She is the author of 15 plays, which have been translated into 18 languages and staged all over the world. Fréchette won the 1995 Governor General's Award for her play Les Quatre Morts de Marie and the Chalmers Award for John Murrell's English version of that play. She is the 2002 winner of the Siminovitch Prize. John Murrell's English versions of her plays are published by Playwrights Canada Press. In 2012, her new play Je pense à Yu will be produced in Paris, Montreal and Brussels. The English version, Thinking of YU, translated by Murrell, will be produced in Calgary at Alberta Theatre Projects. 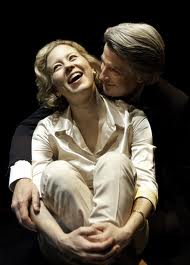 artists to watch in 2012, she is the recipient of a Harold Award, the Toronto Arts Council's Emerging Artist of the Year Award and a Harry Jerome Award.