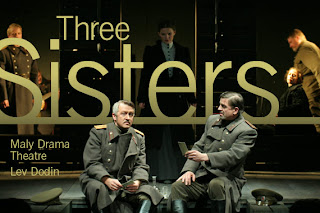 In Russian with English titles

The legendary Maly Drama Theatre began against all odds in war-ravaged Leningrad in 1944, performing in relative obscurity until the mid-70s, when current artistic director Dodin and other well-known artists joined the company. Maly Drama grew, in breadth and ambition, to become an internationally acclaimed, multi-award-winning theater famous for challenging theatrical boundaries with Dodin’s thrillingly imaginative productions and accomplished ensemble of actors.