At Tribeca: Storyline Ent's The World Before Her April 19 to 25

Storyline Entertainment's
The World Before Her
Wins Tribeca Award

For the first time, Tribeca’s documentary competition section designated an opening night film and selected Storyline Entertainment’s The World Before Her with the honour. There were a total of 12 films as part of the Documentary Competition.

Director Nisha Pahuja was in New York City at the ceremony to collect her award which also came with cash amount of $25,000.

Jury Comments: "With unprecedented access, great compassion, and a keen eye for the universal, this year's winner takes a hard and clear-eyed look at the trials of growing up female in today's fast-changing world. Following young women who have taken diametrically opposed decisions on how to tackle the influence of global forces in their communities, the filmmaker takes us on a journey to examine how the pressures of faith, fashion, and family are bringing up a generation of women who are desperately searching for meaning amidst a reality of few real choices."

Storyline Entertainment
presents
The World Before Her
directed by Nisha Pahuja 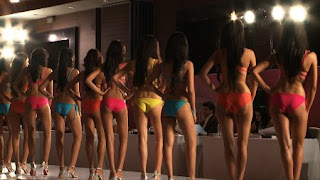 (Toronto) A vivid portrayal of culture clash between beauty pageantry and Hindu religious extremism, The World Before Her has earned Toronto’s Storyline Entertainment the distinctive opening spot of the World Documentary Competition at the Tribeca Film Festival on Thursday April 19, 2012, which will be the film’s World Premiere. 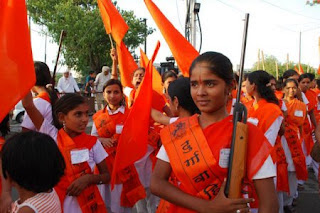 Via unprecedented access, The World Before Her contrasts the wide-eyed ambitions of 20 hand-picked contestants determined to win the Miss India pageant, and the behind-the-scenes reality of Hindu fundamentalist camps for young girls that are run by the women’s wing of a militant movement.

“This film has been my life for a couple of years,” says director Nisha Pahuja, “and I’m so proud of showing it to the world. There couldn’t be a better place to kick-start this off in, then at Tribeca, and to have The World Before Her open the World Documentary Competition, is truly an honour.”

“We worked hard to make this film,” adds Storyline Entertainment’s Executive Producer Ed Barreveld, “and premiering at Tribeca will be a feather in the film’s cap.”

The film sees 20 young women from across India arrive in Bombay for a month-long beauty boot camp, where winning the coveted title would mean instant stardom, a lucrative career path, and freedom from the constraints of a patriarchal society. It is the ultimate glamour event in a country that has gone mad for beauty contests. 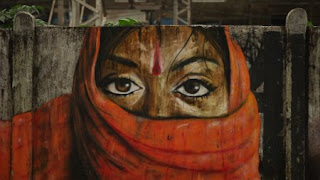 But as its popularity has exploded, so have the protests rejecting it as decadent. As the pageant unfolds, director Nisha travels to another corner of India to visit an annual camp for young girls run by the Durgha Vahini, a leader of the women’s wing of a militant fundamentalist movement. Through lectures and physical combat training, the girls learn what it means to be “good” Hindu women and how to fight corrupting outside influences by any means necessary. This is the first time that a film crew has been able to enter these camps.

The contrast between the vehement determination of the pageant contestants to obtain a title that could change their lives forever, and the passionate desire of the camp leaders to fight and even die for their beliefs, is at times overpowering.  Nisha has effectively balanced both these perspectives through a provocative portrait of the world’s largest democracy at a critical transitional moment.