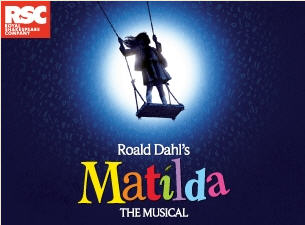 The Royal Shakespeare Company and the Dodgers to produce
Roald Dahl’s MATILDA THE MUSICAL on Broadway, Spring 2013

The Royal Shakespeare Company has announced that the Dodgers will be its producing partner for Roald Dahl’s Matilda The Musical on Broadway. Currently playing to sold-out houses in London’s West End, the new musical is planning a New York opening in the Spring of 2013.

The Dodgers are currently represented on Broadway by the Tony, Olivier and Grammy Award-winning Jersey Boys, and the new production of Jesus Christ Superstar. Over the past 30 years, Dodger productions from Titanic to The Who’s Tommy, Into the Woods to 42nd Street (2001), Urinetown to Guys & Dolls (1992), have been seen on Broadway, off-Broadway, on US National Tour, on London’s West End and around the world, receiving more than 50

Further production information about the New York production of Matilda The Musical will be announced in the near future.

Matilda The Musical premiered at The Courtyard Theatre in Stratford-upon-Avon, home of the Royal Shakespeare Company (RSC), playing to packed audiences for twelve weeks from November 2010 to January 2011.

Capturing the imagination of young and old alike, the production transferred to London’s West End on October 25, 2011 where the show continues to sell out. 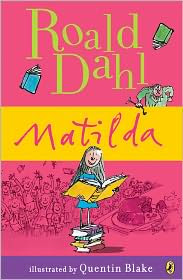 Roald Dahl’s magical story about a girl with extraordinary powers has been a favorite novel for millions of people across the world since it was published in 1988.
Matilda The Musical is written by the playwright Dennis Kelly, with music and lyrics by the Australian comedian, musician and composer Tim Minchin, and direction is by Tony Award-winner Matthew Warchus.

The production is designed by Rob Howell, with choreography by Peter Darling, orchestrations, additional music and musical supervision by Christopher Nightingale, lighting by Hugh Vanstone, sound by Simon Baker and special effects and illusions are by Paul Kieve.