A flash of insight, and established composer and pianist Clara Ponty decided to take the plunge. She decided to sing songs. 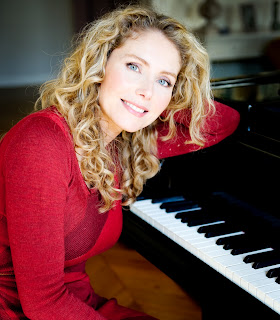 “When I was in school, I was so focused on becoming a virtuoso classical pianist, the next Vladimir Horowitz, even though I always sang in choirs and loved to sing,” Ponty recalls. “Then, one day, I had an inspiring flash.  I really wanted to sing words. I felt for the first time, deep down, that singing was a natural part of my musical evolution.”

Ponty’s glowing voice transforms her signature piano style on Into the Light (Harmonia Mundi; U.S. release: April 10, 2012), a bright tribute to happiness and the authenticity it demands. On hummable tracks—“Like a Dandelion” and “Sunshine” stand out—Ponty brings a gentle energy to upbeat, jazz-inflected pieces. Her voice floats over sunny brass, lively bass, and a distinctively nimble, smart touch on the keys.

“For me, the real strength in life is to live one’s authentic path and to dare to go into the unknown,” says Ponty. “I’ve learned that it’s this ongoing inner work that leads to happiness, and that gave birth to the music on Into the Light.”

Ponty had used her voice as an instrument on past recordings, but something kept urging her to sing songs, to use words. It promised to add a different dimension to her wide-ranging instrumental pieces, compositions that draw on composers as varied as Debussy and Steve Reich, on classical technique, jazz sensibilities, and even delicate hints of Latin rhythms (as in the gorgeous “Coeur à Coeur” featuring her father Jean-Luc Ponty’s deft violin).

“I was intrigued by the possibilities. The voice can hold a note far longer than the piano can, and you can give a more personal expression to it,” Ponty explains. “This step was very natural and channeled more of 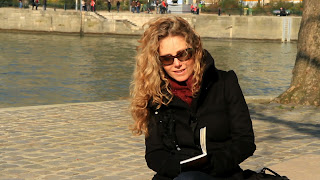 my femininity and sensuality.”

To enrich Ponty’s evolving songs, she and producer/engineer Stuart Bruce invited a delightfully international mix of performers to join Ponty in the studio. Ponty flew to Poland to catch Kennedy, who dove into the project with true joie-de-vivre, bringing both classical gravitas and Celtic spark to songs like “The Path” and “Taking Turns.” She reconnected with French cellist Segal, who turned out to be an old college buddy from Ponty’s conservatory days in Los Angeles and who brings his rich tone to the globally-inflected ballad, “Spinning Wheels” and “The Phoenix.” Ponty’s father once again contributed to the album, thoughtfully tuning into the songs and adding his rich, lyrical sound.

"I found my way to break out of the instrumental medium, which is a long and proud family tradition handed down from my father and grandparents,” Ponty notes. “This expanded my mode of musical expression and gave me the joy of finding my own voice."