CD Release: Jeff Beam's Be Your Own Mirror

CD Release: Jeff Beam's Be Your Own Mirror 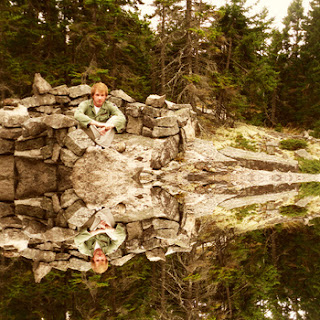 Psych-rock sounds like too serious a label for this appealing CD by composer and musician Jeff Beam. The songs are piano driven and melodic with a sixties-era kind of innocence to the music that's neither forced nor ironic.

I heard Beatles influences and Electric Light Orchestra too, among others, in his soft vocal style and relatively high range. The tracks are danceable and catchy - dare I say - with a modern sense of irony and a surrealistic flair that shows up in the lyrics of songs like Successful People Who Never Existed. Electronic psychedelica with sixties pop flavour, slow and seductive or insistently swingy. There's a nod to French pop in the song Hospital Patience, and his sound turns jazzy and complex in the instrumental Part Two without abandoning the sense of melody all the tracks share.

Still in his early 20's, Beam already boasts a broad discography. Aside from a handful of self-produced full-length solo albums, he also fronted the Boston-based The Stereo Flys. The year of 2010 was fruitful; aside from the recording of Venus Flying Trapeze, The Stereo Flys released Hello Greetings From A Bunker and subsequently embarked on a three-week summer tour of the United States.

• Be Your Own Mirror, along with all of Jeff Beam’s other albums, is available at jeffbeam.bandcamp.com.