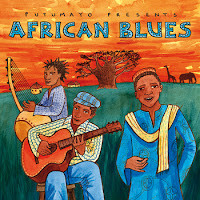 This release will be available at Whole Foods, Best Buy, Barnes and Noble and on Amazon.com

The blues has long been about storytelling, about raising a voice from the margins and edges of American life. As it spread from the Deep South to Chicago and beyond, the blues incorporated a powerful musical groove which has influenced music around the world. Now, musicians are reaching across the Atlantic and finding that they have a common story to tell in shades of blue.

Putumayo’s African Blues (Putumayo World Music; release: April 24, 2012) chronicles the return of the blues to its African motherland. It also demonstrates the burgeoning connections between West and East African musicians and performers from the blues’ traditional heartland in the U.S., as well as converts in Europe—and shows how these connections are revolutionizing traditions on both continents.

Taj Mahal, together with the Culture Musical Club of Zanzibar, gets down and deep in a slow-burning meditation on the beauties of Dhow Countries. Mali’s Issa Babayogo brings his characteristic, sparkling knack for gritty, melodic grooves. The ever-evolving Playing for Change band—this time featuring hip desert rockers Tinariwen and Keb Mo—reveals how globally malleable a good old 12-bar blues can be. And as always, the collection is filled with engaging new discoveries like 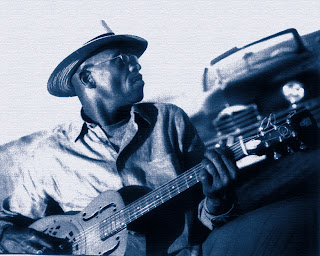 “It’s like two halves of a circle,” muses Putumayo head Dan Storper, a passionate collector of music from around the world. “The blues’ roots are in Africa but emerged and evolved as a powerful musical style in America. Now they’re reuniting in new and exciting ways.”

“When we worked on Mali to Memphis, we recognized the powerful connection between the bluesy music of West Africa and the Mississippi Delta,” explains Dan “That began my search for American and African blues and blues-influenced music and led to a series of successful CDs including Mississippi Blues, American Blues and Blues Around the World.” 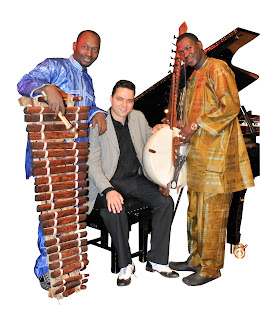 As the various currents of blues have flowed back together—the developments in the U.S. and Europe, and African musicians’ responses to the American blues records that arrived midcentury—a new depth and richness have come to this storied musical form.

“It’s natural since the collaborations between Harry Belafonte and Miriam Makeba, George Harrison and Ravi Shankar, Paul Simon and Ladysmith Black Mambazo,” reflects Storper. “There’s something magical when two musical cultures collide and bring the best of each world to a song.” 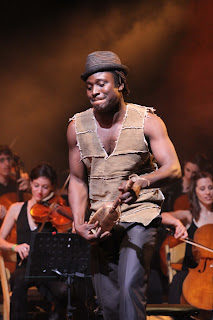