NEW YORK CITY - A prolific explorer of jazz and classical music, the 2010 DownBeat Artist of the Year, a member of the DownBeat Hall of Fame, a 16-time Grammy winner, and an undisputed keyboard 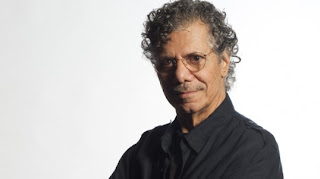 virtuoso, Chick Corea has attained living legend status after four decades of unparalleled creativity and an artistic output that is simply staggering. From straight ahead to avant-garde, bebop to fusion, and children's songs to chamber music, along with some far-reaching forays into symphonic works, Corea has touched an astonishing number of musical bases in his illustrious career, all while maintaining a standard of excellence that is awe inspiring. A tirelessly creative spirit, Corea continues to forge ahead, continually reinventing himself in the process.

Since embarking on a solo career in 1966, Corea has been at the forefront of jazz, both as a renowned pianist forging new ground with his acoustic jazz bands and as an innovative electric keyboardist with Return to Forever and the Elektric Band. His extensive discography boasts numerous essential albums, beginning with his 1968 classic, Now He Sings, Now He Sobs, and including classics like Light as a Feather (1972), My Spanish Heart (1976), Live in Montreux (1981), and Paint the World (1993).


Today, Corea continues to make a significant impact on the music scene, as evidenced by 2007's Grammy-winning The Enchantment (duets with banjo virtuoso Bela Fleck), 2008's The New Crystal Silence (duets with longstanding collaborator Gary Burton), 2009's Returns (documenting Return to Forever’s 2008 reunion tour), 2009's Grammy-winning Five Peace Band Live (with John McLaughlin, Christian McBride, Kenny Garrett, and Vinnie Colaiuta), 2011's Orvieto (with Stefano Bollani), and more. In addition, Corea toured Japan in 2010 with the trio Corea + McBride + Blade, kicked off January 2011 with a gala performance of his compositions with the Jazz at Lincoln Center Orchestra, led by Wynton Marsalis, and recorded a live album with Eddie Gomez and Paul Motian at NYC's very own Blue Note jazz club during the same year. A full slate of activities scheduled for 2012 will surely keep this ever-evolving artist at the forefront of the jazz world and beyond.