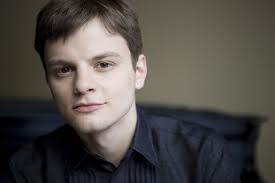 • Tickets to the April 21 recital, presented by Roy Thomson Hall, are $29.50 and available online or by calling (416) 872-4255
• Tchaidze’s upcoming engagements include debut recitals at Berlin’s Konzerthaus on April 3, and at Zankel Hall at Carnegie Hall on April 27.

Russian pianist Georgy Tchaidze is 2009 Prize Laureate of Calgary’s Honens International Piano Competition.  The Telegraph commented on the “fine sensibility and perfectly honed technique” displayed at his Wigmore Hall debut in London in March 2012.  His Honens win allowed him to bring his artistry beyond Russia for performances throughout Europe and North America for the first time. Tchaidze has performed at The International Holland Music Sessions, Switzerland’s Verbier Festival

Academy, and played for the Governor General of Canada at the special invitation of The Glenn Gould Foundation. In October 2011 he performed Rachmaninov’s Second Piano Concerto with conductor Pinchas Zukerman and the National Arts Centre Orchestra about which the Ottawa Citizen wrote “commendable clarity ... unusually powerful for a performance of so little ostentation.” An avid chamber musician, he has performed across Canada and the United States with Clara-Jumi Kang, Gold Medalist of the International Violin Competition of Indianapolis, and tours this season with the Cecilia String Quartet, 2010 Banff International String Quartet Competition First Prizewinner. Tchaidze’s debut recording of works by Schubert was released in July 2011 on the Honens label.

Guest artist Russian-American soprano Dina Kuznetsova has attracted the attention of the world’s major opera companies for her outstanding musicianship and compelling stage presence. She is known for her passionate portrayals of the heroines of Slavic, Italian and French opera. Kuznetsova created a sensation at the Glydebourne Festival in 2011 in the title role of Dvořák's Rusalka conducted by Sir Andrew Davis in a revival of the celebrated production by Melly Still. This followed her acclaimed debut at Glydebourne as Alice Ford in Falstaff, conducted by Vladimir Jurowski, a performance now available on DVD. 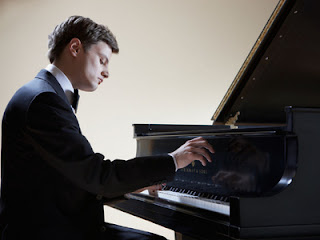 A passionate recitalist and chamber musician, she has performed often with the New York Festival of Song and with the Chamber Music Society of Lincoln Center. She made her Carnegie Hall debut at Weill Recital Hall under the auspices of the Marilyn Horne Foundation. A graduate of Oberlin Conservatory, Kuznetsova lives in Ohio with her husband and son.

Honens International Piano Competition is a leader in discovering and launching the careers of young concert pianists.  It searches for Complete Artists – 21st century musicians for 21st century audiences – and, starting in 2012, awards its Laureate the competition world’s largest cash prize ($100,000 CAD) and most comprehensive artistic and career development program.  The Quarterfinals of the Seventh Honens International Piano Competition take place this Spring in Berlin, London, Los Angeles and New York. The Competition culminates with Semifinals and Finals from October 17 to 26, 2012 in Calgary.