CANADIAN PREMIERE, NEW PRODUCTION AND DEBUT APPEARANCES MAKE UP COC’S DOUBLE BILL OF A FLORENTINE TRAGEDY AND GIANNI SCHICCHI
April 26 to May 25, 2012
at the Four Seasons Centre for the Arts, Toronto 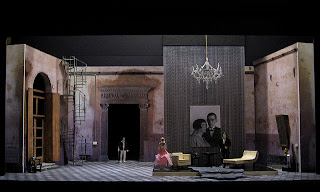 return of Giacomo Puccini’s Gianni Schicchi, last seen with the COC in 1996.  The two operas are presented in a new COC production by the legendary soprano-turned-director Catherine Malfitano and world-renowned conductor Sir Andrew Davis.  A Florentine Tragedy is sung in German and Gianni Schicchi is sung in Italian, both with English SURTITLES™.

The COC’s double bill is one of the rare times that A Florentine Tragedy and Gianni Schicchi have been paired together.  The two works were written just a year apart, with Zemlinsky’s A Florentine Tragedy premiering in Stuttgart in 1917 and Puccini’s Gianni Schicchi at the Metropolitan Opera in 1918, and both use Florence as the backdrop for their respective stories of familial turmoil. 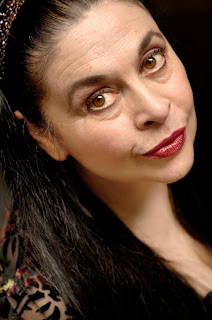 Catherine Malfitano makes her company debut directing the COC’s double bill, an opportunity that marks the first time in Malfitano’s illustrious career that she has had the chance to be involved in a production of A Florentine Tragedy.  Malfitano made her debut as stage director in 2005, following a career as America’s leading operatic soprano, having portrayed over 70 roles and given more than 1,400 performances at all the major opera houses of the world.  As a director, she has staged critically acclaimed productions for Central City Opera Festival, Florida Grand Opera, Washington National Opera, Théâtre Royal de la Monnaie, English National Opera and Lyric Opera of Chicago.

The COC’s new production uses Florence’s breathtaking cityscape as the canvas on which Malfitano draws out the themes of class values, morality and excess of riches that underline both operas, with set designs by Wilson Chin, costume designs by Terese Wadden and lighting designs by David Martin Jacques.  Inspired by how A Florentine Tragedy and Gianni Schicchi are linked in time and subject but can feel representative of two very different worlds, Malfitano’s concept unites the two operas by having them take place within the same Italian palazzo but physically sets them in different time periods.

Sir Andrew Davis makes a highly anticipated return to the opera company to lead the COC Orchestra, having delighted audiences with his conducting debut with the COC in 2011’s Ariadne auf Naxos.  With the double bill, Davis takes audiences on a musical journey starting with Zemlinsky’s ravishing 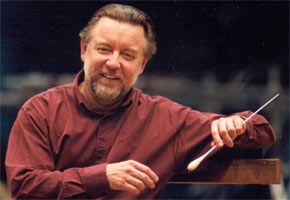 late-Romantic score that shifts from the dark and sinister to the light and shimmery, and then through Puccini’s quick-fire composition, with harmonies and lyrical passages that echo the hilarity and solemnity of the opera’s twisted plot.

The Canadian premiere of Zemlinsky’s A Florentine Tragedy is a chance to discover a rare gem of the operatic repertoire.  Based on an unfinished Oscar Wilde play, the darkly satiric work tells the tale of a merchant who discovers his wife is having an affair and contains one of opera’s most unexpected endings with the murder of the wife’s lover and the married couple’s passionate reconciliation.  Alan Held, recognized internationally as one of the leading singing actors today and called “one of America’s best bass-baritones” (Opera News), makes his COC debut in the lead role of Simone, the cuckolded merchant.  German soprano Gun-Brit Barkmin, who has won great acclaim for her breathtaking voice and dramatically intense stage presence, makes her COC debut as Simone’s wife, Bianca.  German tenor Michael König, a regular artist with the opera houses of Frankfurt, Hamburg, Stuttgart, Vienna, Barcelona, Madrid and Paris, makes his COC debut as Guido Bardi, Bianca’s lover.

In Puccini’s Gianni Schicchi, American bass-baritone Alan Held sings the title role.  As the street-smart peasant Gianni Schicchi, Held is at the heart of this fast-paced comedy inspired by Dante’s Divine Comedy, in which a family frantically schemes to benefit their own greed when excluded from a wealthy relative’s will.  COC Ensemble Studio soprano Simone Osborne, who has dazzled audiences and critics 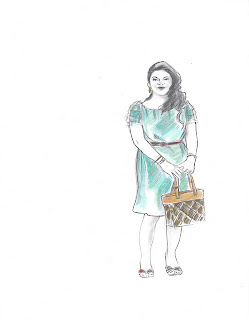 alike with her recent COC performances as Gilda in Rigoletto and Pamina in The Magic Flute, returns to the mainstage as Schicchi’s daughter, Lauretta, singing one of opera’s best-known arias, “O! mio babbino caro.”

A host of new and familiar faces to the COC are cast as the grieving and greedy family members of the deceased relative, Buoso Donati.  American mezzo-soprano Barbara Dever, in demand throughout the world for her dramatic operatic and concert repertoire, and last with the COC for 2010’s The Flying Dutchman, returns as Zita, Buoso’s cousin.  In the role of Rinuccio, Lauretta’s love and Zita’s nephew, is American tenor René Barbera in his COC debut; a young artist on the rise, Barbera was awarded a First Prize for Opera at Operalia 2011, the Plácido Domingo World Opera Competition, and is a 2008 winner of the Metropolitan Opera National Council Auditions.  Ensemble Studio graduate tenor Adam Luther, last heard in the COC’s The Nightingale and Other Short Fables, both in Toronto and on tour in New York at the Brooklyn Academy of Music, is Gherardo, Buoso’s nephew, and  German soprano Gun-Brit Barkmin follows her performance in A Florentine Tragedy by singing the role of Nella, Gherardo’s wife.  Young American bass-baritone Craig Irvine makes his COC debut as Betto di Signa, Buoso’s brother-in-law.  Italian bass Donato DiStefano (2011’s La Cenerentola) is Simone, Buoso’s cousin, Ensemble Studio graduate baritone Peter McGillivray (2008’s War and Peace and 2006’s Faust) is Marco, Simone’s son, and 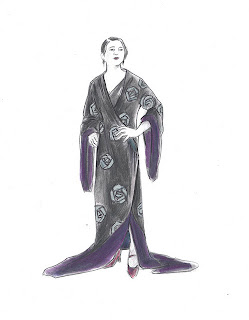