COC Presents Offenbach's The Tales of Hoffmann to May 14 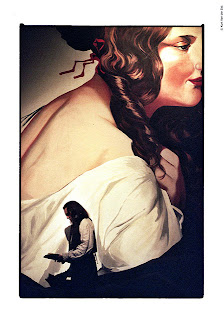 coc presents offenbach’s FANTASTICAL gothic romance, the tales of hoffmann
Continues to May 14, 2012

Toronto – The Canadian Opera Company’s 2011/2012 spring season opens with one of the great operatic masterpieces of the 19th century, Jacques Offenbach’s The Tales of Hoffmann.  This darkly romantic tale about a tortured artist’s failure to find love makes its long-awaited return to the COC stage.  Johannes Debus conducts the melody-filled score and Lee Blakeley directs a production that takes its cues from Gothic-Romantic author E. T. A. Hoffmann’s own work.  Sung in French with English SURTITLES™, The Tales of Hoffmann runs for nine performances at the Four Seasons Centre for the Performing Arts on April 10, 14, 18, 21, 27, May 3, 6, 8 and 14, 2012.

Making his COC debut as Hoffmann, the barfly poet who spins captivating reminiscences of lost loves to his fellow drinkers, is American tenor Russell Thomas.  Hailed for his “ringing top notes” (Chicago Sun-Times), described as “superb” (New York Times) and noted for performances “sung with passion” (The Times, U.K.), Thomas is one of the most exciting vocal and dramatic talents on the international opera and concert scene today.  Also appearing as Hoffmann for two performances (May 3 and 8) is COC Ensemble Studio graduate tenor David Pomeroy, whose rich voice has been heard with major opera companies and orchestras across Canada and throughout the United States and Europe.  Pomeroy made his 2009 Metropolitan Opera debut in the role of Hoffmann, following 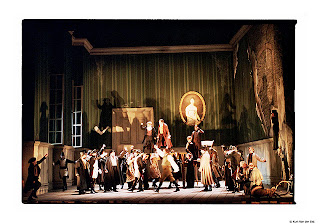 his last appearance with the COC in 2009’s Madama Butterfly.

A woman is at the heart of each of the stories that Hoffmann tells and the COC has brought together three outstanding sopranos who have amazed audiences and critics the world over.  Canadian Andriana Chuchman, makes her COC debut as Olympia, the exquisite doll-like girl.  Canadian Erin Wall, recently in Toronto as Clémence in the COC’s acclaimed production of Love from Afar, is Antonia, the fragile artist.  American Keri Alkema, who returns to the opera company in 12/13 as Vitellia in La clemenza di Tito, makes her COC debut as Giulietta, the Venetian courtesan. 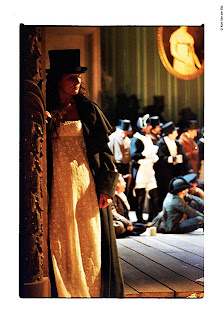 Rounding out the cast is a host of current members of the COC Ensemble Studio: soprano Ileana Montalbetti as the voice of Antonia’s mother, tenor Christopher Enns and bass-baritone Philippe Sly as the students Nathanaël and Hermann, respectively, and soprano Ambur Braid as the opera singer Stella.

COC Music Director Johannes Debus leads the COC Orchestra and Chorus through a rich and recognizable score that includes the character Olympia’s signature “doll song,” and one of the most famous barcarolles in classical music, a lilting duet about love sung between Nicklausse and Giulietta that evokes the 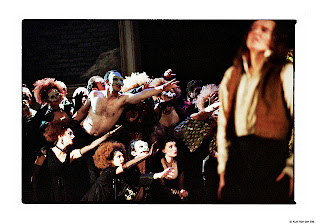 beauty of a Venetian night.  Offenbach’s composition is the musical embodiment of the archetypal tortured artist, torn between his search for love and the demands of his creative muse, traveling in tone from the heights of jubilation to the depths of despair, as well as through moments of dreamy melancholia.

The Tales of Hoffmann is Jacques Offenbach’s final opera and represents the culmination of his efforts to be taken seriously as an operatic composer after a successful career as a composer of numerous operettas.  Its premiere in 1881 in Paris was considered a triumph, but the opera fell out of favour until a production in 1905 in Berlin.  Since then, The Tales of Hoffmann has been heralded as Offenbach’s operatic masterpiece.  Lilting

TICKET INFORMATION
Single tickets for The Tales of Hoffmann are $12 – $318 (includes applicable taxes).
Discounts available including Standing Room, Young People, Opera Under 30, Student Discounts & Rush Tickets
Tickets are available online at coc.ca, by calling 416-363-8231, or in person at the Four Seasons Centre for the Performing Arts Box Office, located at 145 Queen St. W., Monday to Saturday from 11 a.m. to 6 p.m.