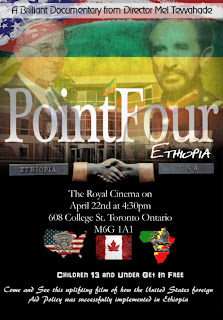 "Point Four" highlights the history of Haramaya University, an agricultural technical campus in Ethiopia established in 1956 in collaboration with the U.S. government and with assistance from Oklahoma State University. Formerly known as Alemaya College, the institution was officially inaugurated by Emperor Haile elassie on January 16, 1958.

The film borrows its name from President Harry Truman’s 1949 inaugural address in which he announced a technical assistance program for developing countries that later became known as “The Point Four Program.” The Point Four program resulted in America’s close partnership with Ethiopia in helping to establish some of the country’s technical higher-education institutions.

"The documentary is about a US foreign policy that was successfully implemented in Ethiopia,” said director Mel Tewahade. “The Alemaya College was established with the help of Oklahoma State University. They 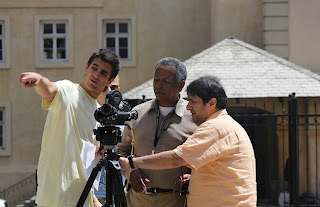 provided the expertise and Ethiopia provided the funds.” In 1951 representatives of the United States and the Ethiopian government signed an agreement which promised cooperation in the exchange of technical knowledge and skill necessary to contribute to the development of economic resources and productive capacities of Ethiopia. In 1952 the two countries signed an agreement to start building the Imperial Ethiopian College of Agriculture and Mechanical Arts. It was decided that Dr. Henry Bennett, the then president of Oklahoma State University, head up a plan to assist Ethiopia with the creation of an agricultural college. With the support of members of the Point Four team and Haile Selassie himself, the project began in 1952.

A site in the province of Harar was chosen. Oklahoma State University began by establishing physical plants and bringing in staff to run academic and research programs at the then known Imperial Ethiopia College of Agriculture and Mechanical Arts. By the time the program came to an end in 1968, there were 300 highly 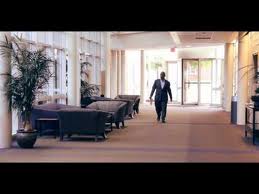 trained American citizens that lived and worked in Ethiopia to build this university.

The film features interviews with Americans who were involved with the program in Ethiopia as well as Ethiopian graduates from the school. “My inspiration to make the movie is to honor all the great people including my own father who worked hard to establish this agricultural college,” said Tewahade. “As a kid I traveled to Alemaya from our house in Harar and I have a pleasant memory of the place.”