Tampa, Florida – April, 2012 – Global opera star and Grammy Award winner Mark S. Doss returns to Opera Tampa as Amonasro in Aida on April 20 and 22, 2012 at the David A. Straz, Jr. Center for the Performing Arts. Mr. Doss most recently performed with Opera Tampa as a guest artist at A Night of Stars, held in February 2011 to honor Placido Domingo, and as Mephistopheles in Faust in April 2009. 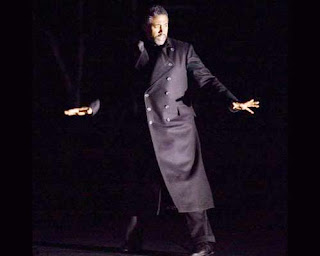 Composed by Giuseppe Verdi, the opera tells the tale of Ethiopian Princess Aida, who is captured and brought into slavery in Egypt. Radames, the Egyptian military commander, is torn by his love for Aida and his duty to the Pharaoh, with tragic consequences for both.

“I am delighted to be returning to Opera Tampa,” states Mr. Doss. “I have performed under the baton of Maestro Coppola many times, and I recall with great pleasure that it has been 21 years since we first collaborated together on The Barber of Seville. Next came The Marriage of Figaro, Tosca, Faust, the Domingo Gala, and now Verdi’s Aida.”

Amonasro is one of Mr. Doss’ signature roles, which he began performing some 14 years ago. His interpretation of the Ethiopian King continues to bring him to the stages of leading opera houses around the 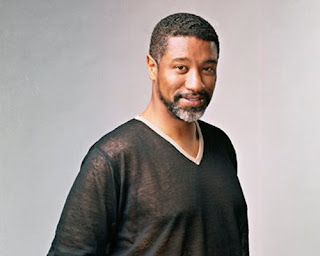 world, including a commanding debut at the Vienna State Opera and performances at the renowned Teatro alla Scala in Milan and London’s Covent Garden. Over the years, critics have praised Mr. Doss’ work as Amonasro, which is a powerful role that requires a singing actor. Opera News called his portrayal “compelling” and Reviewer Ltd. (UK) applauded his work on the Aida DVD recorded live in Brussels, recognizing “another fine performance” in which Mr. Doss was able to "subtly break free of the 'stand and deliver' directions and create a huge amount of emotion in his face and voice.”

Mr. Doss arrives in Tampa after starring as the bass soloist in Handel’s Do-It-Yourself Messiah in Chicago, as Thoas in the Canadian Opera Company’s production of Iphigenia in Tauris (Iphigenie en Tauride), and after a comprehensive run of Master Classes and recitals. Mr. Doss was also recently awarded Planet Africa’s 2011 Entertainment Award, recognizing his many achievements in the performing arts, and for serving as a positive role model for youths. The celebrated bass-baritone has performed over 60 roles with 55 of the world’s most prestigious opera houses.

Following his run with Opera Tampa, Mr. Doss’ upcoming performances include The Cantor in Bloch’s Sacred Service with the United Nations Association Choir in Houston, Texas, Paul Rayment in the World Premiere of Nicolas Lens’ opera Slow Man in Poznan, Poland, the Title Role in Wagner’s The Flying Dutchman with Teatro Regio Torino (Oct. 2012), and The Four Villains in Offenbach’s The Tales of Hoffmann with Opera Tokyo (Nov./Dec. 2013).