New Music from Patrizia, The Cygnets, The Dø & Letterists

From a bunch of releases:

Canadian Rock Soprano Patrizia is releasing a new collection of music that fans are sure to love. The new CD is titled I Am Patrizia, and covers the Queen song, "Show Must Go On", a dance pop mix, "I Won't Stop Believin'?, the Carmen aria, "Seduction" and Mozart's, ?Rage, Queen of the Night.? Patrizia has a 4-octave operatic voice, and sings pop, classical, opera, and rock. The cool thing about the Queen cover is she worked with producer and multi-instrumentalist Tristan Avakian, who was handpicked by Queen for the upcoming Queen Extravaganza tour.

Out March 6th 2012 Their energetic live shows have established Cygnets as a staple in their native Canada, where they’ve shared the stage with acts such as You Say Party! We Say Die!, Apoptygama Berzerk and Shout Out Out Out Out.

With significant national radio play and attention from print media under their belts, these 3 boys from Edmonton are ready to take their brand of new wave/electro/post-punk to the masses. Their 2010 debut album ‘Bleak Anthems’, described as a “post-punk masterpiece”, was released as a free download and CD to much acclaim. The forthcoming follow up LP ‘Dark Days’, due for release on March 6th will also be available at absolutely no cost, preceded by the killer synth-punk anthem ‘Teenager. Listen to/download the track for free from here.
CD Release: The Dø

Are you familiar with The Dø? They’re an incredible French/Finnish duo (Olivia Merilahti & Dan Levy) that conjure up an unlikely blend of indie rock, folk, dance, and mid-20th century pop. Their second 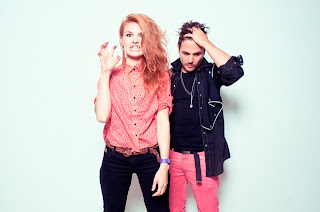 album, Both Ways Open Jaws is out now.

The Dø have already captured a global audience with their acclaimed second album and its unique approach to beautiful "avant pop" sounds. Now some of the most interesting electronic producers from around the world have put their own unique sonic stamp on the Dø's music. The Both Ways Open Jaws Remix EP which is out NOW features fascinating new mixes from Trentemoller, Vitalic, Mylo, Sei A, and Fever Ray's C-Berg. Check out this breathtaking video for their latest single, “Gonna Be Sick!” It is a stunning piece both visually and musically in which Olivia (the heartbroken heroine) sets sail on a stormy sea of silk to create an epic look that takes its cues from Fellini’s Casanova, Shakespeare’s Tempest – and also homages the silent era.

New York City is filled with hundreds of bands, but it takes true talent for a group to stand out amongst the rest. Meet LETTERIST, the infectious trio hailing from the streets of Brooklyn, New York. Just debuting their first single titled, “100mph,” LETTERIST will quickly draw you in with their catchy brand of 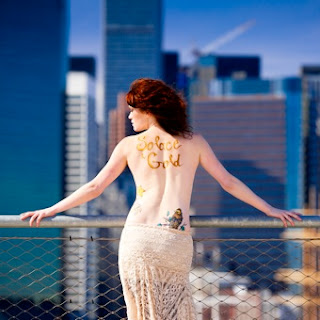 Be prepared to make this track one of your favorite songs of the year....already. Singer Pamela Bell’s voice echoes throughout the track, making it both haunting and gorgeous. Echoing guitars and heavy beats fill every inch of space with perfection, carrying the song to new heights. Blending a bit of dancefloor nostalgia, this is one piece that will make your jaw drop.

Forming in 2006, during a chance meeting on a night that can only be referred to as “a drunken underwear Twister-themed party,” Rammy Yogendra (Guitar, Synth, Piano), met Pamela Bell (Vocals), and Alex McCown (Drums) and the three hit it off immediately. Coming together from Minnesota, Missouri and Florida respectively, the trio found a common ground in New York City, which they have been calling home for several years. Playing at countless area venues and late-night rooftop gatherings, LETTERIST gained notoriety from their performances at the now-infamous BangOn!NYC Parties.