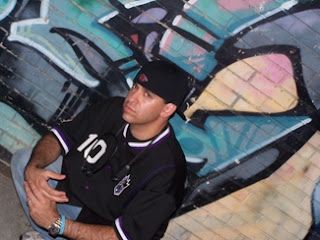 by night, releases his much anticipated debut self-titled EP today.  Dr. Lewis Jassey, aka "Doc J", is a skilled hip-hop artist, respected pediatrician, and charitable philanthropist who is making his mark on the world by doing something that has never been done before:  being the first licensed medical doctor to succeed in the rap game. Making people feel good with his stethoscope, as well as a microphone is the spark that lights Doc J’s fire.

By day he is known as Dr. Lewis Jassey, a renowned doctor from Long Island, NY, who heals sick children and runs a pediatric practice of more than 10,000 patients for over 17 years. By night he becomes “Doc J”, the respected recording artist who has been involved in the NYC rap scene for over 2 decades and has collaborated with notable underground artists such as MC AWOL, Big Posse, Nyche, Mr. Majestik, Wonder, 1st Ave, and Jae Tips. As a pediatrician and role model for today's youth, Doc J tries to deliver positive messages through hip-hop music.

Doc J's musical roots stemmed from his early love of 80's rock bands such as Van Halen, Bon Jovi, and Def Leppard, but he credits the Beastie Boys and Public Enemy as some of his biggest influences for the hip hop music that he creates today.  Doc J’s rock infused influences are emanated in the songs being released on his debut EP.  Lyrically, Doc J’s rhymes depict his real life encounters which listeners will find to be relatable, inspiring, and often times humorous.  However, his collaborative tracks are straight up club anthems that are 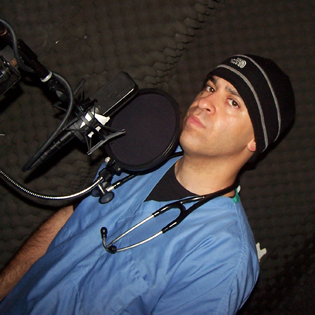 blazing with infectious hooks and choruses.

Doc J has parlayed his medical background, and causes that are dear to him, with his love for hip-hop. He has headlined at the biggest fundraising walks of the year for Lou Gehrig's Disease and Autism, as well as performed at a camp for kids with cancer and headlined the American Cancer Society’s annual walk in Central Park in front of 50,000 people.  Doc J has also been featured twice on NBC-TV in New York, as well as TV News 12 Long Island.

For more than 20 years, Doc J has worked closely with producer Garth Mitchell to create a catalogue of over 250 recorded songs, but has yet to release a single record…until now.  Doc J’s long awaited debut self-titled EP is being released today to help kick-off April’s Autism Awareness Month.