Opera Atelier’s Armide Kicks Off International Tour in Toronto
Magical production will travel to the Royal Opera in Versailles, France, and The Glimmerglass Festival, New York

Toronto, ON - Opera Atelier’s 2011-2012 season continues with a magical production of Jean-Baptiste Lully’s Armide, the supreme operatic masterpiece of the 17th century. Following its Toronto run at the Elgin Theatre in April, the production tours to the magnificent Royal Opera in Versailles, France, and the

prestigious Glimmerglass Festival in New York. The Muslim and Christian worlds collide in Armide, in which the invincible Christian knight Renaud and the Muslim warrior princess Armide play out their doomed love affair against a backdrop of hopeless obsession, jealousy and magic. The production runs April 14, 15, 17, 18, 20, 21, 2012, at the Elgin Theatre, 189 Yonge Street. All performances begin at 7:30 pm, with the exception of the Sunday, April 15 3:00 pm matinee.

“We are thrilled to be revisiting and revitalizing one of our favourite operas, and to be embarking on one of the most prestigious tours in our company’s history,” says Opera Atelier Founding Co-Artistic Director and Armide director Marshall Pynkoski. “It is an incredible honour to be personally invited to be part of the seasons of both the Royal Opera of Versailles and The Glimmerglass Festival, and these invitations are a testament to Opera Atelier’s growing international reputation. This incredible opportunity affords both our company and our artists a chance to make our mark on the world stage.”

Armide is a haunting, magical tale about unlikely lovers from two different worlds – he is the invincible Christian knight leading his army to victory in the Crusades, and she is a Muslim warrior princess f 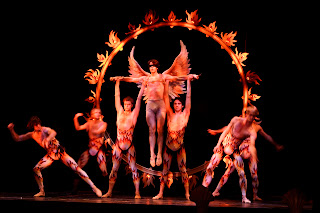 iercely determined to protect her homeland. Both are powerful leaders renowned as much for their victories in battle as for their otherworldly charisma. Armide has power over the heart of any man, but soon finds she cannot control her own: her hatred of her nemesis Renaud quickly turns to longing and she cannot bring herself to conquer him. As the story unfolds, our two heroes prove to be more alike than different – though each falls hopelessly in love with the other, both are determined to set aside personal happiness in the name of duty and valour. First performed in 1686, Armide is composed by Jean-Baptiste Lully with a libretto by Philippe Quinault based on Torquato Tasso’s epic poem Jerusalem Delivered. 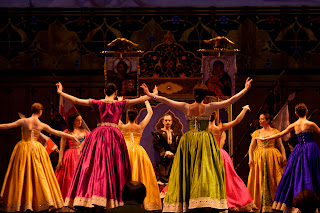 TICKET PRICES:
Single tickets start at $35.
$20 Operatix tickets may be purchased by patrons under 30 in person at the Elgin Theatre Box Office or online with the code OPERATIX. (Subject to availability. Valid I.D. required at pick-up.)
Group discounts (10+ people) are available by calling 416-703-3767 x222.