The Space Between: A Panorama of Cinema in Turkey Continues to May 10 in New York City

The Space Between: A Panorama of Cinema in Turkey

NEW YORK CITY - The Film Society together with the Moon and Stars Project of The American Turkish Society will present a 29-film survey of Turkish cinema, the largest such program ever mounted in the U.S. Just like the nation itself, Turkish cinema has always stood between traditions: richly informed about currents 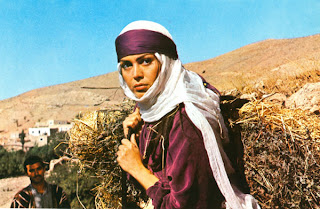 in European and American filmmaking while imbibing influences from Egyptian, Indian and--more recently--Iranian cinema, creating a fascinating mixture of styles and approaches. The 1960s saw the emergence of powerful, socially engaged filmmakers, perhaps best represented by Yilmaz Güney (a special focus of this series), as well as a highly commercial, extremely popular cinema, known as Yesilçam, to which a new generation of Turkish film scholars has begun to turn its attention. In recent years, popular Turkish cinema has largely migrated to television, while a strong current of more personal auteurs—Fatih Akin, Zeki Demirkubuz, Yesim Ustaoglu, and especially Nuri Bilge Ceylan—have been widely screened in international film festivals and art cinemas. There’s much to discover in Turkish cinema; it is our hope that this selection will whet your appetites for much more to come. Series programmed by Richard Peña.

The Space Between: A Panorama of Cinema in Turkey is co-presented by Moon and Stars Project of The American Turkish Society.

40 Square Meters of Germany
Tevfik Başer, 1986
Tevfik Başer boldly opened new ground for the Turkish cinema with the deeply moving portrait of one woman’s experience as a guest worker’s wife living in Germany.

Can
Raşit Çelikezer, 2011
A couple’s obsession with having a child runs parallel to a single woman’s neglectful treatment of her only child in Raşit Çelikezer’s award-winning new film. 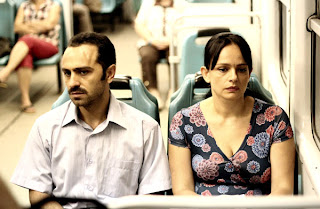 Climates
Nuri Bilge Ceylan, 2006
Brilliantly shot with a digital camera, Ceylan’s trailblazing relationship drama chronicles the journey of a man (played by Ceylan) across Turkey after breaking up with his longtime girlfriend.

Confession
Zeki Demirkubuz, 2002
A taut, beautifully acted psychological drama about a husband who suspects his wife of having an affair, but is terrified that confronting her about it might prove she really is.

Crossing the Bridge: The Sound of Istanbul
Fatih Akın, 2005
Musical performance by oud player Harold Hagopian in the Furman Gallery before the screening, beginning at 9:30pm!
Gliding from Turkish rap to Kurdish laments, and Roma-flavored jazz to the great diva Müzeyyen Senar, Fatih Akın’s documentary brilliantly captures the sights and especially the sounds of Istanbul.

Despite Everything
Orhan Oǧuz, 1988
Just released from prison, Hasan tries to make his way in a rapidly changing Turkish society in this impressive debut feature by cinematographer-turned-director Oǧuz.

Don’t Let Them Shoot the Kite
Tunç Başaran, 1989
Sent to prison along with his mother after her drug conviction, a young boy develops a warm, tender 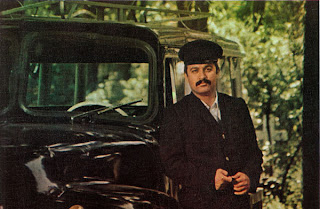 relationship with a political prisoner.

Elegy
Yılmaz Güney, 1971
Güney directed, wrote and starred in this stirring tale of a notorious smuggler coming to terms with the corrupt society in which he’s considered an “outlaw.”

Hope
Yılmaz Güney, 1970
Yılmaz Güney directed, wrote and starred in this searing tale of a wagon-driver desperately trying to support his family as the dawning automotive era renders him obsolete.

Journey to the Sun
Yeşim Ustaoğlu, 1999
Post-screening Q&A with director Yesim Ustaoglu!
The friendship between two migrants to Istanbul, one a Kurd and one a Turk, forms the basis of this controversial drama.

Kosmos
Reha Erdem, 2010
This densely layered, magic-realist flavored tale chronicles the consequences of the arrival of a supposed holy man in a forgotten Turkish town. 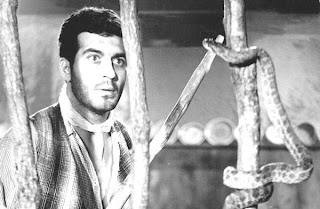 My Aunt
Halit Refiǧ, 1987
A giant of Turkish filmmaking, Halit Refiǧ made one of his finest films with this searing tale of a woman destroyed by those closest to her, featuring a remarkable Müjde Ar in the lead role.

My Cinemas
Füruzan Karamustafa, Gülsün Karamustafa, 1990
A young girl finds refuge from her brutal home life in the images and stories from the silver screen, but as she becomes an adult discovers that the cinema can be its own kind of trap.

O Beautiful Istanbul
Atıf Yılmaz, 1966
A world-weary street photographer tries to dispel the optimism of an aspiring actress, only to find himself catching the fever in Atıf Yılmaz ’s much-loved comedy.

On Fertile Lands
Erden Kıral, 1979
Banned by the military and for decades virtually lost, this searing indictment of the harsh treatment of rural workers in southern Turkey remains as topical today as ever.

Revenge of the Snakes
Metin Erksan, 1962
The template for Turkey’s realist cinema, Metin Erksan’s masterpiece dissects the tensions that erupt in a small eastern village after a property dispute between neighbors.

Secret Face
Ömer Kavur, 1991
A photographer’s search for a mysterious woman turns into a metaphysical journey in this gripping tale directed by Ömer Kavur and written by Nobel Prize winner Orhan Pamuk.

Somersault in a Coffin
Derviş Zaim, 1996
A darkly comic fable about those left behind while the economy surges ahead, Derviş Zaim’s impressive debut shows a side of contemporary Turkey rarely seen on screen. 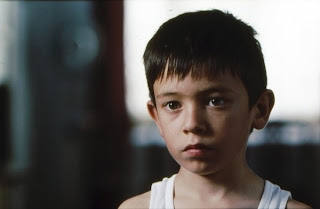 Summer Book
Seyfi Teoman, 2008
A languid Mediterranean summer is interrupted by the sudden illness of 10-year old Ali’s father in this perceptive portrait of a family living through crisis.

The Girl With the Red Scarf
Atif Yılmaz, 1977
One of the all-time most popular Turkish films, a tender and touching reflection on love and responsibility brought to the screen with great sensitivity.

The Law of the Border
Lütfi Ö. Akad, 1966
For many, the new Turkish Cinema of the 1960s was born with this epic smuggling drama and social exposé starring Yılmaz Güney, beautifully restored by Martin Scorsese’s World Cinema Foundation.

The Space Between: The Trajectory of Cinema in Turkey
Free panel discussion!
Join film scholars Fatih Özgüven and Zeynep Dadak and directors Raşit Çelikezer, Ali Ozgenturk, and Yesim Ustaoglu for this provocative panel discussion on the past, present and future of Turkish cinema.

Three Friends
Memduh Ũn, 1958
A warm, Chaplinesque social comedy about three penniless friends who meet a beautiful blind girl and create for her an Istanbul of the imagination.

Vizontele
Yılmaz Erdoğan, Ömer Faruk Sorak, 2001
The introduction of the first television set into a small village sparks social confrontation and a lot of laughs in this popular comedy that spawned a number of sequels.

Yol
Şerif Gören, 1982
Winner of the Palme d’Or at Cannes, this most famous of all Turkish films, about five prisoners given a week’s furlough, was directed by Gören from a detailed screenplay by jailed auteur Yılmaz Güney.