TORONTO, ON…Nightwood Theatre is excited to present the first staged reading of Susanna Fournier’s new play The Philosopher’s Wife. The reading will take place on April 22, 2012 at the

Nightwood Studio as part of our Writefrom the Hip emerging writers program. Nightwood Theatre is thrilled topresent this reading as an expression of our ongoing commitment to the development of artistic excellence among Canadian writers.

A philosopher caught in the bloody battle between Reason and Faith hires a dog trainer in a final attempt to cure hiswife’s aggressive, violent, and animalistic behaviour. The dog trainer turns out to be a woman working illegally to support her opium addicted brother. A power struggle between the dog trainer and the philosopher boils up as eachcharacter desperately tries to cling to their world even as it hurtles towards complete religious, political, and social upheaval.

Meet the Philosopher—a prolific thinker at the forefront of the atheist movement whose personal life has collapsed into chaos. The Philosopher wants a family but his wife has gone violently mad. In a final 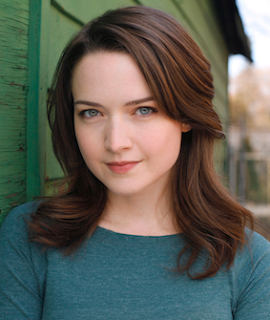 attempt to curb his wife's aggressive, volatile, and animalistic behaviour the Philosopher hires a dog trainer. Tereza, working illegally under her opium addicted brother’s name, answers the Philosopher’s call hoping to land the biggest job of her life. A power struggle between Tereza and the Philosopher erupts into murderous violence as each characterdesperately tries to cling to their world as it hurtles towards complete religious, political, and social upheaval.

Nightwood’s Write from the Hip program allowsemerging artists to develop a full-length play. The program assists young playwrights with script development through a series of workshops, mentoring sessions, and hands-on seminars in writing skills and professional play development designed specifically for them.