Supermodel on Broadway: Christie Brinkley Returns to Chicago April 6 to 27

Christie Brinkley is set to reprise her role
as Roxie Hart in Broadway's CHICAGO.

TO BE FOLLOWED BY HER HIGHLY ANTICIPATED
BROADWAY NATIONAL TOUR DEBUT,
FEATURING AN EXCLUSIVE TWO-WEEK ENGAGEMENT
AT THE PANTAGES THEATRE IN LOS ANGELES,
MAY 15-27, 2012

ADDITIONAL TOUR DATES AND CITIES
TO BE ANNOUNCED SOON!

Following her Broadway return, Brinkley will then take Roxie Hart "on the road" as she makes her highly anticipated Broadway National Tour debut with CHICAGO, which includes an exclusive two-week engagement at the Panatages Theatre in Los Angeles, May 15-27, 2012. (www.broadwayla.org).

Additional tour dates and cities will be announced soon.

Throughout her phenomenal career as one of the country's most successful and recognizable supermodels, Christie Brinkley has appeared on more than 500 magazine covers worldwide. But more than that, she also excels as an artist, writer, photographer, designer, actress, philanthropist environmentalist and political activist. 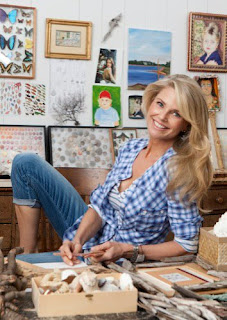 Christie Brinkley recently launched a line of natural skin care products as part of her new company, Christie Brinkley Beauty. Combining her modeling experience with her artistic talents and diverse interests, Christie's career over the years has been interesting and dynamic.

A Ford model for over thirty years, Christie was discovered by a photographer in Paris at the age of eighteen. Since then, she has become the first model to ever appear on the cover of Sports Illustrated for three consecutive years, and appeared in the publication's annual swimsuit issues and television specials for years to follow.

On the big screen, she made her acting debut in 1983 opposite Chevy Chase in the hit feature film National Lampoon's Vacation and its 1997 sequel, Vegas Vacation. She has also famously appeared in Billy Joel's classic music videos "Uptown Girl," "Keeping the Faith" and "All About Soul," as well as Mick Jones' music video "Just Wanna Hold."

On television, Christie has appeared on NBC's "Mad About You" and hosted Lifetime Television's "InStyle Celebrity Weddings," which became the highest rated special in Lifetime's history. She has also been featured in Vh1's "Pop Culture Icons" series. Christie has been the subject of many documentaries including the HBO program "Beautiful Baby, Beautiful," Lifetime's "Intimate Portrait" and "Barbara Walters' Oscar Night Special." 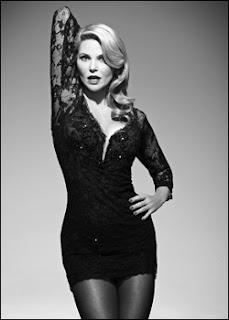 Now in its 16th glorious year of girls, glitz and glamour on the Great White Way, the record-breaking musical smash CHICAGO is now the #1 longest-running American musical in Broadway history... and still shows no sign of slowing down!
With a legendary book by Fred Ebb and Bob Fosse, music by John Kander and lyrics by Fred Ebb, CHICAGO is the winner of six 1997 Tony Awards including Best Musical Revival and the Grammy Award for Best Musical Cast Recording.

Set amidst the razzle-dazzle decadence of the 1920s, CHICAGO is the story of Roxie Hart, a housewife and nightclub dancer who murders her on-the-side lover after he threatens to walk out on her. Desperate to avoid conviction, she dupes the public, the media and her rival cellmate, Velma Kelly, by hiring Chicago's slickest criminal lawyer to transform her malicious crime into a barrage of sensational headlines, the likes of which might just as easily be ripped from today's tabloids.

Tickets are available by calling Telecharge.com at 212-239-6200.  Tickets may also be purchased in-person at the Ambassador Theatre Box Office.  Regular Box Office hours are 10 a.m. to 8 p.m. Monday through Saturday, and Noon to 7 p.m. Sunday.