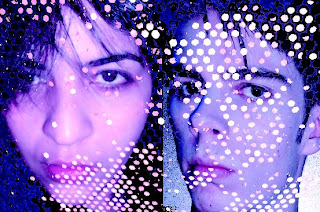 NEW YORK CITY - If you’ve been paying attention to the NYC music scene (and you should be!), you know that Brooklyn-based Australian transplants WAZU have been generating heaps of buzz as of late. “Murder 1,” the synth-heavy, post apocalyptic first single from their three song WAZU EP (Anti-Language Recordings) is getting rave reviews. The accompanying video premiered exclusively on Contact Music and was recently featured as Video of the Day on SPINNER.

The track is a glorious, vicious little tease of what’s to come from this male-female duo that appear to have swallowed some of the same sexy electronic pills as The xx, but have regurgitated them in a much 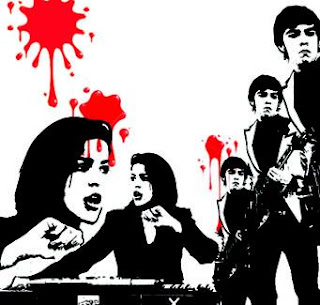 more elaborate and foreboding fashion. “Happy Endings,” the second track off the EP produced by the legendary Kevin McMahon (Titus Andronicus, Real Estate, Swans, The Walkmen), is a cynical sing-along that resonates with the lyrics, “take a look at me / I’m living proof / Happy endings don’t have room for two.” Never has heartbreak sounded so enticing and danceable. It is now available for free download.

In their first week of playing together as WAZU, the duo performed seven shows in six nights at the Top 10 “Best of the Fest” Festival at Toronto Indie Week 2010. “We showed up planning to play three shows, but [we] kept winning!” Shortly after, the band performed as part of the CMJ Festival at Lower East Side staple The Living Room, the Neon Reverb Music Festival in Las Vegas, and the Dropout Party at Don Hill’s in NYC. In the past few months WAZU made the Top 3 of the Deli Magazine’s Year End Best of NYC poll for emerging artists in 2011 and the EP has earned the band glowing reviews and promising mentions in In-d Scene UK, Some Kind of Awesome, and Alfitude, to name a few.

Catch WAZU at one scheduled shows listed below, and be on the look out for WAZU’s debut LP, also produced by Kevin McMahon, Summer 2012.