The Bowery Wars, Part 2 - Continues to May 20 in New York City

NEW YORK CITY - Downtown Art works with teen artists to create original theater, music, and performance events and to champion the capacities of young people in a world which often dismisses their 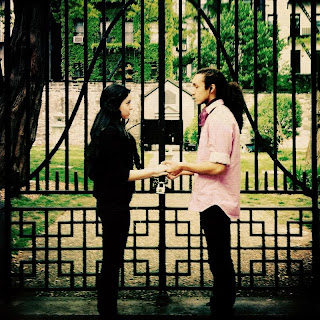 Prepare yourself to be moved by some extraordinary young artists in Bowery Wars, Part 2, a performance that intertwines the history of the LES (circa 1903) with Shakespeare's Romeo and Juliet.  "Romeo and Juliet are two young immigrants caught up in the violent division between different ethnic groups in the LES as well as the political division of the city at the time," says Artistic Director Ryan Gilliam.

Rooted in the neighborhood's local history, act one of the performance takes place at different locations throughout the LES. "We were doing work on the streets," Gilliam remarked, "and we wanted to relate to the history of the streets."

The culmination of our 2-part rock musical tracing the lives of an immigrant Romeo and Juliet and the history of the Lower East Side, once the densest place on the face of the earth. In the fall of 1903, the battle for the Bowery between New York's two largest gangs - The Eastmans and The Five Pointers - reaches its climax; Tammany Hall is determined to come back from defeat and retake City Hall; and a young Italian and a young Russian Jew fall in love. The Bowery Wars looks at the history of a city divided: its promise, its corruption, its violence, and its efforts to remake itself. 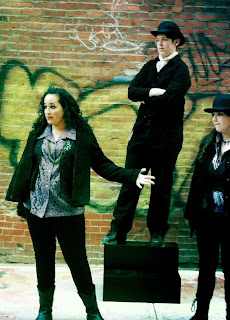 Staged readings by three teen playwrights - all with original music by teen composers - and all tied to the stories and history of the the East Village and Lower East Side.

Also, if you know a teen interested in performance, Downtown Art is premiering a series of workshops this summer. Classes include Acting, Directing, Playwriting, Stage Combat, and Improv - all running through July on East 4th Street.