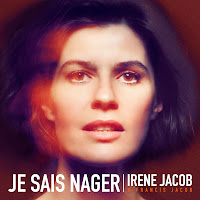 The acclaimed actress and the nomad jazz composer sat down by the sea, and began to write songs.

They had known each other for decades; as siblings and life-long friends, Irène and Francis Jacob had shared games, Paris apartments, and an intense engagement with jazz, film, and philosophy. But one day, in the music room where their grandmother used to practice, they began making music together.

Together, they capture gentle, bittersweet sounds, tales, and joys on Je Sais Nager (I Know How to Swim; Sunnyside Records; U.S. release: May 8, 2012), in songs that blend the musical intuitions of globally minded guitarist and composer Francis and the soft-spoken storytelling skills of international art-house star Irène (The Double Life of Veronique, Red). 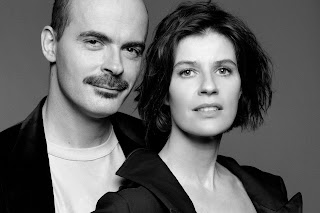 certain French flair for pensive and playful pop, the Jacobs chronicle their own connection despite distance. Journeying into thoughtful inner worlds (“Au Fond de Toi”) or fantastic landscapes (“Sumatra”), Je Sais Nager reveals the fruitful cross-pollination of a trained actor’s ear for language and a skilled musician’s feel for expression and emotion.

“Irène is a wonderful singer, but primarily an actress. Her approach was based on the lyrics, on what the song was saying,” explains Francis. “Working with her opened a new door for me as an arranger; I had to get the music to paint the words.”