BARBES TURNS TEN THIS MAY
The Brooklyn club will celebrate with the help of its many friends
Still time to catch the celebrations May 5 & 6, 2012

BROOKLYN, NEW YORK CITY - The Brooklyn bar and performance space, which opened in the Park Slope section of Brooklyn on May Day of 2002, has presented over seven thousand events in the past 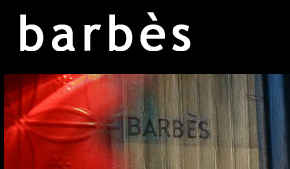 ten years. Barbès is thrilled to announce that after renewing its lease - and save an unforeseen natural or unnatural disaster - it should be busy presenting another few thousand shows in the next ten years.

Started by French expats Olivier Conan and Vincent Douglas at a time when Brooklyn had not yet fully experienced the cultural explosion it is now known for, Barbès’ original goal was to provide a space and a community for musicians – many of whom were based in Brooklyn and needed an alternative to Manhattan clubs which didn't always foster original or non-commercial projects.

Times have changed. The epicenter of New York’s creative energy has long since shifted to Brooklyn, and Barbès is proud to have been one of the participant in this transformation. Barbès never focused on any particular type of music. As a result, it was named as one of the ten best jazz clubs in the country by Playboy magazine as well as the second best World Music venue nationwide by the readers of About.com. Barbès has also been an active presenter of classical music, improvised music, Americana, and just about any kind of quality music that will suit its small backroom.

The club has favored long running residencies which have contributed to developing such talent as Slavic Soul Party, Stephane Wrembel, Jenny Scheinman, Chicha Libre or The Mandingo Ambassadors - all of which have established flourishing careers outside of the club.

Slavic Soul Party has become the country’s pre-eminent neo Balkan brass band, Stephane Wrembel scored the theme song to Woody Allen’s last movie and played live at the Academy Awards, Chicha Libre has exported its psychedelic cumbia back to South America where it has found a large audience and Jenny Scheinman has made her mark as one of the most sought after jazz violinist in the country. Other notable achievements by musicians who have long been associated with Barbès would include the Parker String 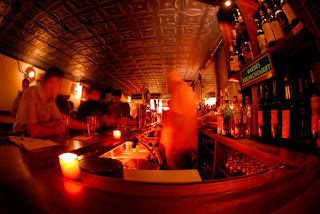 Quartet, wihch was in residence at Barbès for most of 2008 and went on to win a grammy last year for best Chamber Music group as well as many of the artists on our associated record label, barbès Records, including Hazmat Modine, Pierre de Gaillande and Las Rubias del Norte.