COC Premiere of Semele Continues to May 26 2012

COC PREMIERE OF SEMELE OFFERS A FEAST FOR THE EYES AND EARS WITH EAST-MEETS-WEST DYNAMISM, DIRECTED BY FAMED ARTIST ZHANG HUAN
Continues until May 26, 2012
at the Four Seasons Centre, Toronto 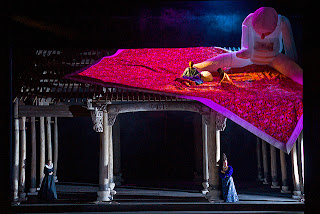 artist Zhang Huan.  Joining Mr. Zhang to present Handel’s sparkling and seductive opera about the pitfalls of love affairs between gods and mortals is Italian Baroque opera specialist Rinaldo Alessandrini, who leads the COC Orchestra and Chorus.  Sung in English with English SURTITLES™, Semele runs for eight performances at the Four Seasons Centre for the Performing Arts on May 9, 11, 13, 16, 19, 22, 24 and 26, 2012.

The COC’s presentation of Semele is the first opportunity for audiences to experience Zhang’s production of Semele outside Brussels, Belgium, where it premiered in 2009, and Beijing in 2010, where it was China’s first major staging of a Baroque opera.  Zhang made his directorial debut with Semele, conceiving a work that blends a Baroque aesthetic with the splendour of China in a production the New York Times called “scenically stunning, theatrically absorbing, musically rewarding” and “a feast for the eyes.”

Zhang’s Semele takes the world of classical music and presents it through the lens of a contemporary Chinese artist, drawing on parallels between Greco-Roman mythology and Chinese legends, as well as Buddhist concepts of karma and reincarnation, to create a true interaction of Eastern and Western cultures.  He weaves together many elements of Chinese culture, incorporating dazzling and innovative visual effects involving mirrors, puppetry, a Chinese dragon and artists who sing while moving suspended through air.  Zhang also incorporates traditions reflective of Japanese and Tibetan cultures through the inclusion of sumo wrestlers and a traditional Tibetan singer.  The production’s centerpiece 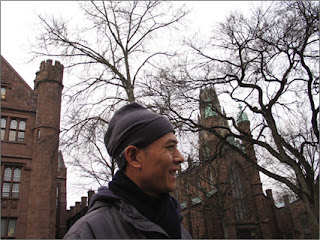 is a 450-year-old Ming Dynasty ancestral temple salvaged by Zhang from a small town in China.  The temple’s own history, with an adulterous story that eerily parallels Semele’s plot, makes its way into the production in the form of a black-and-white documentary projected during the overture (see attached backgrounder).

Han Feng, sought-after for her fashion as well as costume and exhibition designs, plays with Zhang’s concept to create a fusion of Chinese theatre and European Baroque in the costumes enhanced by the magical lighting design originally conceived by Wolfgang Göbbel.

Rinaldo Alessandrini, founder and conductor of the Italian early music ensemble Concerto Italiano, makes his COC debut conducting Semele, the first Handel opera performed at the Four Seasons Centre.  He leads the COC Orchestra and Chorus through a score that showcases Handel at his most expressive and inventive with sparkling music that evokes both a sensual tone and vividly dramatic sound.

In the opera, a love affair between the god Jupiter and the princess Semele goes horribly awry when Semele sets her mind to become immortal.  Canadian coloratura soprano Jane Archibald, who dazzled audiences and critics with her vocal dexterity and dramatic presence in the COC’s Ariadne auf Naxos last spring, returns to sing the flighty and narcissistic, but innocently naïve, Semele.  American tenor William Burden, highly praised for a wide-ranging repertoire showcased at the major opera houses of Europe and North America, makes his COC debut as Jupiter.  Cast as both Jupiter’s jealous wife, Juno, and Semele’s sister, Ino, is Canadian mezzo-soprano and COC Ensemble Studio graduate Allyson McHardy.  Last with the COC in 2009’s Madama Butterfly, McHardy returns to the company on the heels of acclaimed debut performances with Opéra national de Paris, Opéra Comique in Paris 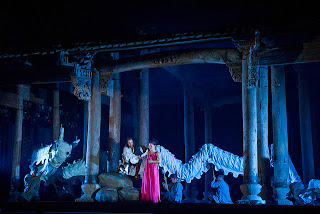 Handel’s Semele offended many at its premiere in 1744.  It was shocking in both its subject matter and style.  While Handel had great success composing Italian operas for the London stage for much of his career, by 1738 public taste began to change and he made writing and producing oratorios the main business of his career.  In composing Semele, however, the work took shape as an opera.  When it was performed in London, pious oratorio purists who expected a high-minded religious work were insulted by Semele’s sexuality and opera aficionados were put off because it was in English rather than the then-accepted proper language of opera – Italian.  Cast aside after its initial performance, Semele experienced a renewed enthusiasm in the mid-20th century that has not since diminished. 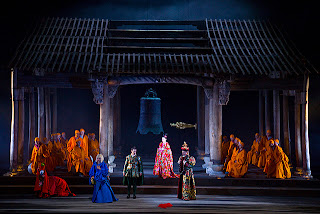 ENSEMBLE STUDIO PERFORMANCE
Experience the exciting young singers of the Canadian Opera Company’s Ensemble Studio performing the lead roles in their own performance of Semele on Wednesday, May 23 at 7:30 p.m.  Under the direction of the same creative team as the mainstage cast, the Ensemble Studio members also appear with the full COC Orchestra and Chorus.

The COC Ensemble Studio is Canada’s premier training program for young opera professionals and provides advanced instruction, hands-on experience, and career development opportunities. The Ensemble Studio is supported by the Government of Canada through the Department of Canadian Heritage, RBC Foundation and other generous donors.

Tickets for the May 23 performance are only $22 or $55.  See ticket purchasing details below.

Semele Interactive Features on COC Radio
Through COC Radio, visitors to coc.ca can find, in one place, a variety of audio and digital features available for streaming, all aimed at exploring an opera and its background as well as the artists appearing with the COC.  Among the resources on Semele, visitors will find a podcast series sponsored by Decca: The Opera Label.  Hosted by the COC’s Gianna Wichelow and Gianmarco Segato, the podcasts explore the opera and its background, and feature interviews with singers and members of the creative team.