“But that’s what this is, isn’t it? The ultimate bitch fight.” 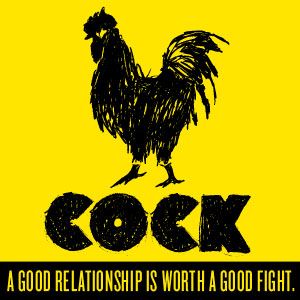 NEW YORK CITY - When John and his boyfriend take a break, the last thing he expects is to suddenly meet the woman of his dreams. Now he has a big choice to make. Don't miss the American premiere of COCK, the gripping new play by Mike Bartlett. James Macdonald (Top Girls, Dying City) directs this Olivier Award-winning production from The Royal Court Theatre.

Mike Bartlett’s punchy new story takes a playful, candid look at one man’s sexuality and the difficulties that arise when you realize you have a choice. His previous plays include Earthquakes in London for the National Theatre and Headlong; Love Love Love for Paines Plough, Artefacts for Nabokov/Bush Theatre, and Contractions and My Child for the Royal Court. His play, 13, will open later this month at the National Theatre. Cock won the 2010 Olivier Award for Outstanding Achievement in An Affiliate Theatre.

Directed by James Macdonald and starring Jason Butler Harner as M, Amanda Quaid as W, Cory Michael Smith as John and Cotter Smith as F, COCK will open Off-Broadway at The Duke on 42nd Street, a NEW 42nd STREET project, 229 West 42nd Street, on Thursday, May 17 and previews will begin Tuesday, May 1. 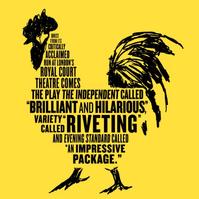 “One of the most distinguished pieces of theatre to hit the London stage in the past year.  Arresting.” - The Observer

“Compelling.  Written with toe-curling frankness, wry humour and gut-wrenching precision.  The hottest piece of new writing at the moment on the London stage.” - The Stage 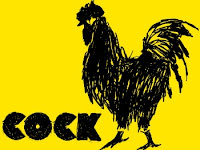 The performance schedule is Tuesday through Friday at 8pm, Saturday at 2pm and 8pm, and Sunday at 3pm and 7pm.

Street for national and international performing arts companies.Crossroads of the World.

PLEASE NOTE: THERE IS ABSOLUTELY NO LATE SEATING. LATECOMERS WILL NOT BE ADMITTED.
This production uses stadium-style seating. Cock is performed in the round and the audience sits on backless benches.