That’s right: Feminist rock in Ladino. The Judeo-Spanish language born in the Middle Ages is the perfect vehicle for articulating an utterly contemporary sensuality, defiance, wisdom, and love. It’s a living language,  lively tradition heard in a generation of new voices from New York to Jerusalem.

One voice leads them: American-born Ladino singer and songwriter Sarah Aroeste, who has spent a decade 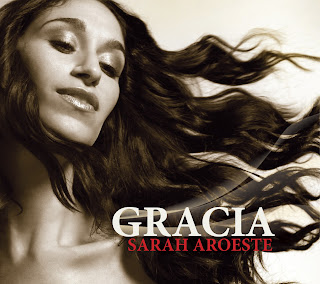 “It doesn’t matter that 99.99% of the world doesn’t understand Ladino,” Aroeste explains. “The themes are universal, the same themes people explore today: going off to war, unrequited love, crushes, death, family dynamics. The music has crossed geographic boundaries and political ones, and the songs are often very celebratory of women--and very sexy.”

“Too often, Ladino singers sing without really understanding the lyrics,” Aroeste reflects. “They sing the music because of its undeniable value as a tradition we all want to preserve. But I think if more people took the time to really examine and dig into the lyrics, they might see a different, more complex and intellectual side of the music. That’s why our treatment of the songs on Gracia is extremely detailed, finely crafted, and layered: Each one really tells a complex story.”

In original songs, Aroeste tells the neglected story of Dona Gracia Naci, a 15th-century Spanish answer to Harriet Tubman, who boldly saved Jewish families from the Inquisition (“Gracia”), who epitomizes the strength and courage of our foremothers. “It’s a Ladino feminist anthem of sorts,” smiles Aroeste, whose poetic tribute to Gracia is framed by a stirring sample of Gloria Steinem.

Using a traditional ballad as a springboard for her own poetry, Aroeste reimagines the wanderings of her Sephardic ancestors—and her own journey to discover her roots—through the eyes of the traditional figure of the morena, the dark-eyed nomad girl, traveling for centuries and drained of her beauty by a harsh world 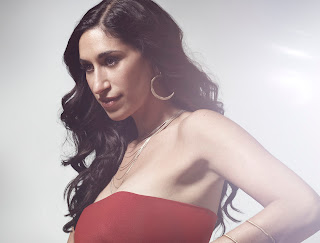 Aroeste has a true passion for telling these stories, for the wry wit, pithy idioms, and poetic force of Ladino lyrics. Her own tale winds through family history, lost and joyously found. Aroeste grew up in New Jersey, but understood early that there was something a bit different about her heritage. “I remember visiting my great uncles and grandparents in Florida when I was five or so,” Aroeste recalls. “I was sitting in the front seat of one of their cars and playing around with the preset radio buttons. They were all set to Spanish language stations. I didn’t understand it completely at the time, but I carried that with me, that we had a unique tradition.”

This tradition was part of a longer legacy, the culture of Spanish Jews (like the beautiful 11th-century poetry Aroeste brings to life in “El Leon Ferido”). Subsequently forced from Spain in the late 15th century, they scattered across Southeastern Europe and the Mediterranean. Though their language, customs, and music retained an Iberian core, they continued to develop under the influence of the many tongues and cultures surrounding the tight-knit families and communities. The result is a strikingly rich, multifaceted world of words and sounds.