NEW YORK CITY - One part fiery conductor, one part sonic ringleader, he wields a whiteboard, flying fingers, and a knowing, joyful grin. His gestures, expressions, hints, and jotted words get music flowing like electricity through a live wire, uniting musical strangers with an uncanny sense for 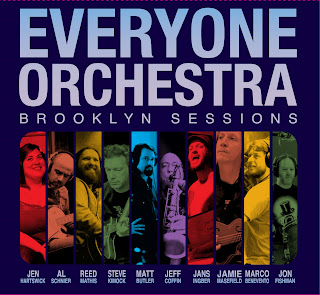 He’s Matt Butler, the force behind Everyone Orchestra, an evolving project that embraces the spontaneity and openness of an all-out improv jam, and the musical athleticism and sensitivity of high-powered conducting.

Directing a shifting cast of musicians in real time, on the spot, Butler has mastered the art of encouraging skilled musicians to dig deeper, listen closer, and compose stunning songs on the fly. He may wiggle his fingers, point, count instruments in or out, or dash off  words on a small board designed to spark ideas.

This recording features 8 improvised, conducted songs recorded in-studio without multi-tracking and with minimal post production.  In other words, this is raw, spontaneous, jazzy, jam-rock with a unity and focus that can only come from a talented conductor found in Matt Butler.   In addition to siginificant jazz influences, you'll also hear some strong flavors of blues and classical music.  Check 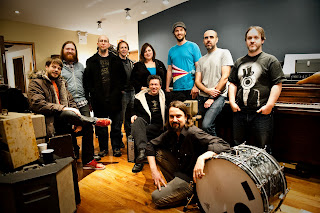 out the line-up of musicians: