Recorded shortly after the music's October 2011 world premiere in Los Angeles this project features one of Smith's most significant working groups, The Golden Quintet with the composer on trumpet, pianist Anthony 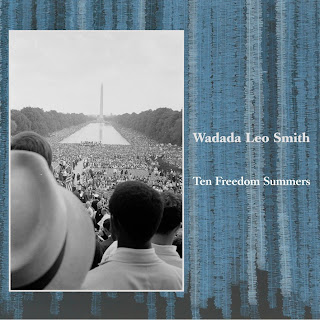 Davis, bassist John Lindberg, and drummers Susie Ibarra and Pheeroan akLaff, as well as the nine-member, Los Angeles-based contemporary classical group, Southwest Chamber Music, under the direction of Grammy-winning conductor Jeff von der Schmidt.  It documents a stunning accomplishment by a musical giant in the midst of an astonishing creative surge.

Triumphant and mournful, visceral and philosophical, searching, scathing and relentlessly humane, Smith's music embraces the civil rights era's milestones while celebrating its heroes and martyrs. Blending improvised and notated music in a synthesis of European classical, African American, and creative music practices, the music speaks in a singular, clear and powerful voice unlike any in contemporary music.

As Larry Blumenfeld wrote in the Wall Street Journal after attending the premiere: "Ten Years in Three Nights: A Decade's Triumph" Ten Freedom Summers was as striking a display of his expansive vision and his vitality. He still plays trumpet as he always has: with little vibrato and a tone that can be either boldly declarative or soft to the point of breakingŠ Mr. Smith had made his own statement through instrumental 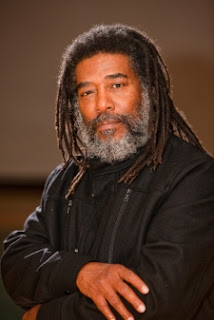 music. And it sounded complete."

Written over that past 34 years, each of the 19 compositions addresses a different facet of the Civil Rights movement of 1954-1964. The music honors heroes and events in a transformative period of political and cultural liberation, a period that not only shaped all aspects of Smith's life and art, but all of America as well.

"I've always thought about the meaning of my music, how I would like for it to find its meaning in society" Smith says. "So, when I began my research for Ten Freedom Summers and began to write the music, I experienced a deep sense of how much I personally had been touched by these people and events - they had shaped my life as a young man growing up in Mississippi. Knowing that their stories were also my story, it was easier to carry that cultural element into my composing."

Smith, now 70, vividly remembers how the murder of Emmett Till, who was the same age as Smith, affected everyday life for African Americans. "The psychological fears that many African Americans felt when 14-year old Emmett Till was brutally murdered and many activists were killed changed the way we moved through the street," he remembers. "Everyone watched out for the children, young men, and women; and from houses one could see people looking out from their windows making sure that nothing happened to you."