Irondale Ensemble Project presents
Color Between the Lines
Now thru May 24, 2012 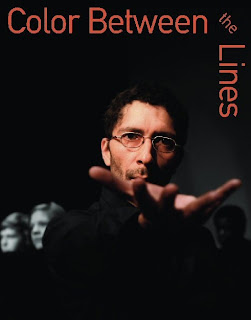 BROOKLYN, NEW YORK CITY - 19th Century Brooklyn. Its waterfront is a busy and vibrant port vital to domestic and international trade; its warehouses filled with sugar, molasses, and tobacco. Brooklyn is built on the business of slavery.

Brooklynites, black and white, who went about living their lives with dignity and perseverance, who signed the petitions, raise the money, opened the schools, started the businesses and came together to change the direction of a nation. We sing their stories.

COLOR BETWEEN THE LINES is an original work devised by the Irondale ensemble and developed as part of the borough’s first public history project to explore the abolitionist movement in Brooklyn. The whole project, also known as IN PURSUIT OF FREEDOM, will bring to life this fascinating abolition story while teasing out the relevance of the subject for contemporary audiences. The project draws on the resources and capacities of two other leading Brooklyn cultural organizations, Brooklyn Historical Society and Weeksville Heritage Center.

Watch a great behind-the-scenes look at the making of COLOR BETWEEN THE LINES.