The Caretaker
Part of the 2012 Winter/Spring Season 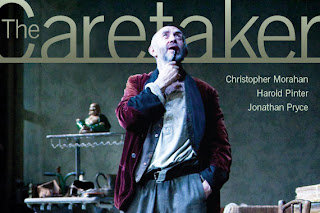 BROOKLYN, NEW YORK CITY - Jonathan Pryce—two-time Tony and Olivier Award winner (Miss Saigon, Hamlet) and film actor (Brazil, Pirates of the Caribbean)—leads a compelling cast in the first major revival of Harold Pinter’s work since his death. This superb production by Liverpool Everyman and Playhouse/Theatre Royal Bath won glowing reviews in London and Liverpool for its penetrating new take on the play—and for Pryce’s tour-de-force performance as a repellant, darkly funny, and deeply human Davies.

In The Caretaker, a pair of working-class brothers allows a homeless man to stay in their decrepit London flat, an act of compassion that sparks a cycle of cruelties, delusions, and shifting loyalties in a desperate struggle over territory. Pinter’s first great success, this work powerfully displays his sharp intelligence, masterful and spare use of language, and uncompromising exploration of life’s menace and comedy. 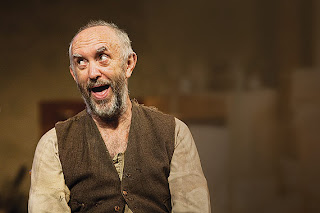