Toronto, ON – An eclectic group of musicians and artists will perform in honour of iconic singer, songwriter, poet and novelist Leonard Cohen, the Ninth Laureate of The Glenn Gould Prize, on 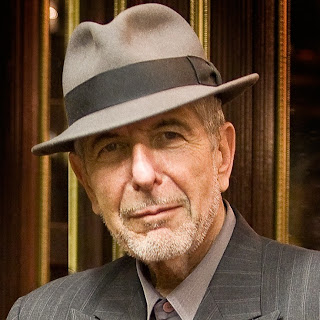 The Glenn Gould Prize, valued at $50,000 (CDN), has been referred to as “The Nobel Prize of the Arts” and is awarded biennially to a living individual for a unique lifetime contribution that has enriched the human condition through the arts.  After accepting his Prize, Mr. Cohen will present The City of Toronto Glenn Gould Protégé Prize of $15,000 (CDN) to an outstanding young artist of his choice.

A master songwriter, musician, poet, novelist and visual artist, Leonard Cohen’s stunning body of original work has touched the lives of millions with a career spanning six decades. His dual careers in music and literature have continued fueling each other over the decades – his songs revealing a literary richness rare in the world of popular music, and his poetry and prose informed by an intense musicality.  Cohen’s Book of Longing (2006), a collection of prose, poetry and drawings, was the first book of poetry to reach the top of Canada’s bestsellers’ lists, and formed the basis of a memorable musical and theatre collaboration with composer Philip Glass.

Leonard Cohen is one of the most covered artists alive today, influencing generations of songwriters, and his music has earned the accolades of other artists in tribute albums in France, Norway, Canada, Spain, the Czech Republic, South Africa, and the United States. “Hallelujah”, one of Cohen’s best-known and best-loved songs has been covered by over 150 artists including Willie Nelson and Bono.  His music has been extensively featured in films and on television.  Numerous documentaries, 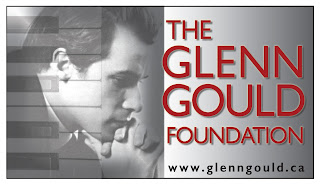 awards, and tribute albums acknowledge the far-reaching contribution Cohen has made to music.  He continues to refine and deepen his art, and as a musician he is constantly exploring new territory.

Regarding his Glenn Gould Prize, Mr. Cohen stated,  “I want to thank The Glenn Gould Foundation for their kindness. It is a great honour, sweetened by my love of the work of Glenn Gould, and our collective appreciation of his invigorating and enduring presence in the world of Music and Imagination.”

Tickets to The Glenn Gould Prize Gala Concert in Honour of Leonard Cohen go on sale to the general public on April 12 at 11:00 a.m. and are available by calling 416- 872-4255 or online at masseyhall.com or roythomson.com. Proceeds from the gala concert support the ongoing work of The Glenn Gould Foundation.

• Prior to the Gala Concert, a celebratory dinner will be hosted at the newly renovated Arcadian Court.
• Tickets are available online at vipgouldprize.eventbrite.ca or by calling 416-962-6200.
The Glenn Gould Prize Gala Concert and Dinner preface the 80th anniversary of Glenn Gould’s birth on September 25, 2012, which will be marked by major commemorative events across Canada and around the world honouring this Canadian icon’s enduring contribution to music and global culture.

The Glenn Gould Foundation honours Glenn Gould’s spirit and legacy by celebrating brilliance, promoting creativity and transforming lives through the power of music and the arts with the Foundation’s signature activities, including The Glenn Gould Prize. The international award is presented biennially to a living luminary who has made a unique lifetime contribution through the arts.  The Foundation seeks to use the prize to stimulate projects of social impact and significance, as is reflected in its motto: From Celebration to Inspiration to Transformation.  Nominations for the prize are made by the general public and a laureate is subsequently chosen by an international panel of judges who convene in Toronto for deliberations.  A tribute to Glenn Gould’s artistry and his multifaceted contributions to culture, the prize promotes the vital connection between artistic excellence and the transformation of lives.  Past laureates include Dr. José Antonio Abreu (2008), founder of El Sistema, Venezuela’s free music education program for children and youth, Pierre Boulez (2002), Oscar Peterson (1993) and Yo-Yo Ma (1999).  For more information on the foundation, prize and laureates visit www.glenngould.ca .