Theatre Sheridan's RENT transfers to the Panasonic Theatre!
- next generation of theatre artists get ready to take Toronto by storm -
May 16 - 27, 2012 (Preview May 15) 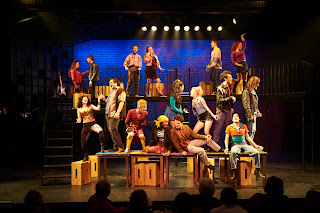 Award-winning musical RENT to Toronto's Panasonic Theatre, where it opens May 16 and runs through to May 27 (preview May 15).

Audiences will have a chance to be among the first to see the next generation of talented young theatre artists that will go on to take the theatre world by storm as Theatre Sheridan makes its Toronto debut with 32 performers from the graduating class of Sheridan's prestigious Music Theatre Performance Program, who worked with top theatre professionals to create this original production.

David Mirvish of Mirvish Productions notes, "RENT is this generation's best musical about the struggle young people face in finding their way in the world. It's also about creativity, love and joy. Having a new generation of talent from Sheridan College's acclaimed musical theatre program perform RENT is perfect casting. I am delighted they have chosen the Panasonic Theatre in which to present their production. I look forward to seeing it."

Jonathan Larson's groundbreaking RENT reinvented musicals when it opened in 1996. Set in New York City's East Village, RENT is a modern take on the classic Puccini opera, La Boheme and tells the unforgettable tale of a group of young friends and artists learning to survive, falling in love, finding their voices and living for today. An inspiring story, RENT tackles addiction, poverty, AIDS and most of all, love. Not only did it win the Pulitzer Prize for Drama and Tony Award for Best Musical, it also won Tonys for Best Book and Best Score and New York Drama Desk Awards for Outstanding Musical and Outstanding Book. 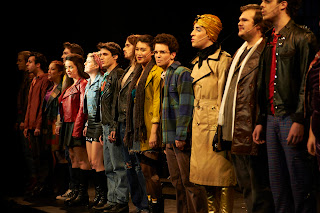 "Sheridan students gave stellar performances in Theatre Sheridan's production of RENT and are thrilled to be making their debut in Toronto," said Sheridan President Jeff Zabudsky. "Like the characters in RENT, our students have dreams of success and this run in Toronto provides a truly special opportunity, propelling them to a Toronto stage, just as they are set to begin their life in the theatre."
"We are excited to share the exceptional talent of our most recent graduates with a larger audience," said Associate Dean for Performing Arts and Theatre Sheridan Producer Michael Rubinoff. "This new production of RENT, created by some of Canada's leading theatre artists, is an opportunity for theatre-goers to launch the careers of Canada's next generation of performers."

including on Broadway, in London's West End and at the Stratford Shakespeare and Shaw Festivals. Theatre Sheridan presents six musicals a year at the Trafalgar Road campus in Oakville. Visit theatre.sheridancollege.ca and follow them on Twitter at twitter.com/theatresheridan for more information.

• images of the Company by John Jones.