May, 2012… Allen Kaeja Co-Artistic Director of Kaeja d’Dance will be traveling to Mexico May 13 to choreograph a new ten minute dance, teach a master dance class and sit of the judging panel for Mexican reality television show Opera Prima, which premiers on Mexico’s Channel 22. 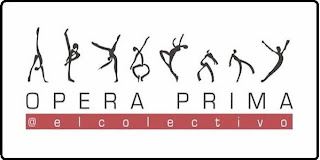 “I’m really excited that this reality show has chosen to zero in on gifted contemporary dancers,” says Kaeja. “Although we have televised dance competitions in Canada – Opera Prima will be directly showcasing contemporary at it’s finest.” Irma Pia Gonzalez, director of Channel 22, has expressed the organizations’ goal to train and build talent in contemporary dance.

The dancers that are selected will participate in a variety of master dance classes, choreographies and other activities provided by dance artists. The top four dancers will receive a thirty thousand dollar scholarship provided by the National Fund for Culture and the Arts. Viewers can also vote for their favourite dancer; the top picks receiving 50 thousand pesos. Auditions were held throughout March.

Kaeja recently returned from Mexico City, where he was collaborating with celebrated Mexican contemporary dancer/choreographers Carmen Correa and Jessica Sandoval, on his new work Secrets. Secrets features Correa and Sandoval, as well as ingenious multimedia techniques that have been woven into the folds of Kaeja’s work. 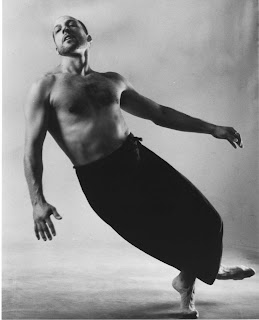 “As a choreographer, it is significant opportunity to continue exploring my choreographic process with international dancers and to share my work on an international stage. Secrets will be presented as part of Carmen and Jessica’s premiere concert together. A milestone for the new company, the concert is being presented at one of Mexico’s most prestigious dance venues: Teatro de la Danza, Centro Cultural del Bosque, CCB, INBA.”

Secrets will premiere on May 24, 2012 in Mexico City as a part of a mixed program.

About Allen Kaeja
Gemini nominated Director and award-winning Choreographer, Allen Kaeja entered the field of dance after 9 years of wrestling and Judo. He has created 100 dance pieces since 1982 and choreographed for 26 films. Allen is Co-Artistic Director of Kaeja d’Dance with life partner Karen Kaeja. He is co-founder of the CanAsian International Dance Festival. His works have been presented in festivals around the world.

Allen is currently on faculty at STDT & Ryerson. Karen and Allen developed the EXPRESS DANCE approach. Allen has also just published his second book, “Transcending Media”.  Allen currently has commissions in Mexico, USA and across Canada.