• Check out the full schedule, including the short films here

New York, New York. - United  Film  Festival is pleased to be returning for it’s 5th year in New York with an exciting lineup of features, documenyaries, classics and shorts films. We’ll be returning to the

Cobble Hill Cinemas in Brooklyn with a program featuring insightful filmmaker Q&As and New York premieres of films ;including More Than Me, which follows comedian Jim Breuer as he takes his 84 year old father on tour with him, and Holy ;Rollers: The True Story of Card Counting Christians, along with screenings of critically celebrated films Supporting Characters, The Pill and many more.

Fresh from its world premiere at HotDocs, we’re pleased to present the New York premiere of GLOW: The Story of the Gorgeous Ladies of Wrestling. This is just one of many screenings which will feature insightful filmmaker Q&As. Our festival willclose with an action packed double feature of the classic films First Blood and Predator. 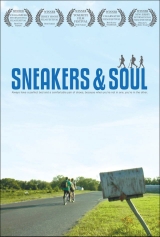 Sneakers & Soul
After inheriting a pair of blue sneakers and a mysterious key to a New York City apartment, a young work-obsessed lawyer finds himself following in his late father's adventurous footsteps - walking from South Jersey to New York with his best friend. 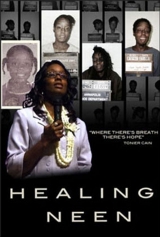 Healing Neen
Meet Tonier Cain in person at the screening!
This documentary follows the amazing recovery of Tonier 'Neen' Cain from a lifetime of abuse and drug addiction to a career as a nationally-known speaker and educator on the devastation of trauma and the hope of recovery.

• Tickets $10 and can be purchased in advance from www.theunitedfest.com/newyork