NEW YORK CITY - Pri the Honeydark is an MC/music producer and member of the all female hip hop collective, The ANOMOLIES.  The collective also features ANOMOLIES members Invincible, Helixx C 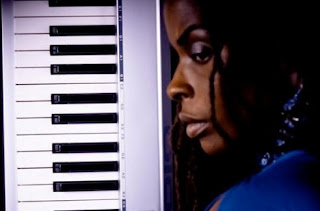 Armageddon, Big Tara and DJ Kuttin' Kandi.   Pri (which is pronounced Pree) is also a music producer. Her production work has been featured independently, as well as on MTV Networks.  Pri the Honeydark is the CEO of Darker Than Honey Productions and President of Ludovia Entertainment. Pri is the Vibe Magazine, Blaze Magazine as well as Everlast Boxing MC Battle Champion.  She is also the Istandard Music Producers Showcase 1st runner up and the Annual MTP beat battle competition 1st runner up. Pri the Honeydark is also the founder of The Female Producers Association (www.femaleproducers.org): A networking organization for creative women worldwide. 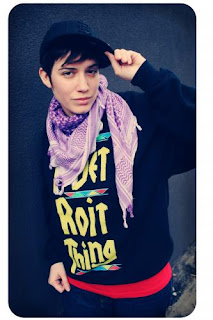 It is truly rare to find an artist like Invincible. Her spitfire wordplay has gotten her acclaim from Hip Hop fans all across the world, while her active involvement in progressive social change has taken her music beyond entertainment, and towards actualizing the change she wishes to see. The Detroit based Hip-Hop artist and activist began penning lyrics at the age of nine, shortly after learning English by memorizing her favorite songs. She founded her own label and media company Emergence, through which she released her critically acclaimed debut album ShapeShifters in 2008. Invincible has also produced several award winning videos, and directed The Revival short documentary series about women in hip-hop. She teamed up with longtime producer Waajeed in 2010 to release a limited edition 7" single "Detroit Summer/Emergence". Invincible + Waajeed's upcoming collaborative project will illuminate the connections between complex science, social movements, and Hip-Hop. Invincible is a fellow of Kresge Arts in Detroit, and the Ellen Stone Belic Institute for Women and Gender in the Arts and Media. 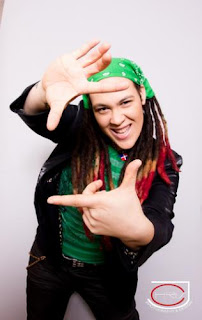 Baltimore native Reina Williams is making noise these days with her eclectic sound and authenticity, determined to bring the feeling back to popular music.

Daughter of an Opera singer and a Sculptor, she began writing music for her own sanity at age 12, dealing with the angst ridden feelings of a young pre teen, inspired by the music of Metallica, Kurt Cobain, Boyz II Men, Sade, and Seal. At about age 14, she was exposed to Hip Hop, and RnB, artists like Jay-Z, DMX, Lil' Kim, Erykah Badu and really started taking an interest in MIDI composing and combining it with live recorded guitar.
Featured Artists