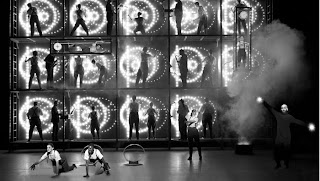 Robert Wilson – Philip Glass’ landmark collaboration, Einstein on the Beach ranks among the greatest artistic triumphs of the 20th century. Yet, for the past two decades this operatic gem has gone unproduced. Now, as Glass celebrates his 75th birthday, Luminato enables new generations to experience it first-hand. In its North American premiere, this new production marks the first time that Einstein has been presented on this continent outside New York City.

“One of the truly pivotal artworks of our time.” -Newsweek

“It’s beautiful, it’s funny, it’s touching, it’s mesmerizing, it raises questions about the existence of man, about science, the future, it is undoubtedly the most spectacular work of the twentieth century that exists before us.” -Le Figaro

“Einstein was utterly amazing – my expectations were high – but it was better than I ever imagined!”
-Louise Jeffreys, Head of Theatre, Barbican 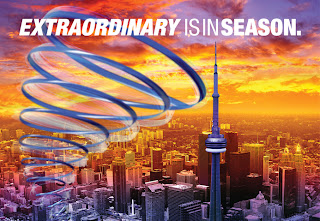 Related Events:
Join Luminato artistic director Jorn Weisbrodt for an elucidating introduction to Einstein on the Beach in the Sony Centre Lower Lobby Lounge at 5:15 PM (Friday and Saturday) and 2:15 PM (Sunday).

June 6: Contemporary Opera’s Big Bang
Meet the co-creators and choreographer at a panel discussion. Robert Wilson, Philip Glass and Lucinda Childs discuss their hugely influential masterwork Einstein on the Beach. Visual artist and director Robert Wilson and composer Philip Glass broke all the rules of conventional opera when, in 1976, they created the work that brought them international renown: a stunning five-hour fusion of sound, image and movement that, in the words of The Washington Post, “seduces the viewer into an immense, imagined universe of its own.”

Lucinda Childs was a principal performer in the ’76 production and has choreographed every subsequent iteration. These three legendary artists—all now in their seventies—unite for a roundtable discussion, moderated by Luminato artistic director Jorn Weisbrodt.

June 10 The Science of Einstein (on the Beach) :
Share scientists’ views on Einstein on the Beach. In what promises to be an inimitably lively post-performance discussion, physicists from the Perimeter Institute examine Einstein on the Beach. How might contemporary scientists at the forefront of research in theoretical physics interpret Robert Wilson and Philip Glass’ revolutionary opera? Find out immediately following the June 10 performance of Einstein on the Beach as select researchers from the Perimeter Institute for Theoretical Physics assemble for what is guaranteed to be an insightful examination of the opera’s themes as they relate to scientific genius.

The world renowned Perimeter Institute was founded in 1999 in Waterloo, Ontario, uniting public and private partners with some of the world’s best scientific minds to foster research, training and outreach in theoretical physics—a field of study that aims to deepen our understanding of the laws of nature.