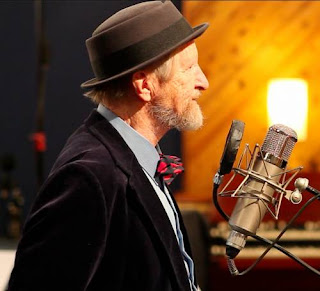 (Toronto, ON) – Hugh Oliver, an 82 year-old-musician, poet, and internet sensation is set to take the world by storm with the release of The Ballad of Hugh, a documentary featuring the recording of his first feature length album …And All That Crap.

The film will premiere at 3:00pm on Saturday June 16, 2012 at NXNE music and film festival, and just a few days later the CD will be released on June 19 (same day as Justin Bieber’s new one).

Poet, musician, novelist, sculptor and now viral sensation, Hugh Patrick Hoblyn Oliver was born in 1929, a loyal subject of the great British Empire. In the early ‘60s, Hugh was writing songs with record producer Glyn Johns and getting recorded by such heavyweights as Decca, EMI and HMV. 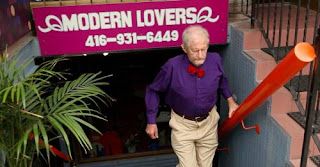 Glyn went on to become one of the biggest producers of all time (The Who, Led Zeppelin, The Beatles).  Hugh, on the other hand, gave up his burgeoning writing career and immigrated to Canada to take a job at the University of Toronto and raise a family. His songwriting aspirations were put on hold while he worked to support his wife and four kids.

Now in his 80’s, Hugh has traded in material pursuits to fully rededicate himself to artistic ones.  He has written over 100 songs and 200 poems, and produced 72 sculptures. Let’s just say he’s ready for his shot.

The album titled ...And All That Crap was recorded on a single golden day at Canterbury Sound and includes some of Toronto’s top musicians (Christine Bougie, Chris Coole, Michael "Rosie" Rosenthal, Emilie Mover, Nichol Robertson, and Polaris prize winner Patrick Watson). Hugh’s music producer and friend Marco DiFelice decided to film the recording sessions and the idea for a documentary about Hugh was born.  In addition to the studio footage, Marco interviews Hugh about his life, his art and his aspirations, and adds quirky animations to illustrate some of Hugh’s songs and poems. Through his stories and lyrics, and with an incredible amount of candor and charm, Hugh teaches us that any age is a good age to dream, to play, to write, to learn.

On screen, we also meet director Marco DiFelice. A musician in his own right, Marco is Hugh’s producer, mentor, disciple, and biggest fan. Determined to make Hugh a star, Marco pours his energy (and money) into making Hugh’s album, but over the course of their conversations and recording sessions, a portrait of friendship between two artists emerges. Tackling everything from death and aging to love, war, pop culture and the human condition, Hugh’s lyrics and poems are at once delightfully irreverent and excruciatingly honest. A tale of friendship and artistic endeavour, The Ballad of Hugh is a heart-warming, inspirational doc that sheds a hopeful lyrical light on the intricacies of aging.

The Ballad of Hugh is director DiFelice’s first film. Based in Toronto, DiFelice is a man of many musical hats - Marco the composer, the singer, the player, the producer, the music supervisor, the manager… and now, the Director.  His song credits in TV range from Grey’s Anatomy to Degrassi Junior High.  In film, he supervised the music for One Week; Score: A Hockey Musical; and a slew of others.  His band cred stems from his days as lead singer of indie pop punk stalwarts, Supergarage, and now his own project, Marco Solo.  He also music supervises adverts for Telus, Virgin Mobile, GM, Rogers, Lotto 649, and Blackberry, to name a few.

A CD Release Party for Hugh Oliver will be Tues., June 19, at Tranzac Club, 292 Brunswick Ave.

After its debut at NXNE, The Ballad of Hugh will have a special one night public screening at The Royal, 608 College St., Toronto, on June 20, at 7pm, then the film will be followed up with a wider theatrical release in the Fall of 2012.