performances to eighteen parks throughout the five boroughs. With performances ranging from American pop, Latin and world music to dance, comedy and theater, SummerStage fills a vital niche in New York City’s summer arts festival landscape. Cutting edge artists from over 15 countries will perform at SummerStage, presenting the best of what is happening globally in the arts world as well as in the heart of the city. Since its inception twenty-seven years ago, more than six million people from New York City and around the world have enjoyed SummerStage. The festival runs from June 6th until August 30th.

“Audiences have come to expect the highest-quality, free arts programming from SummerStage and we intend to continue that tradition. We also see the importance of contributing to the arts landscape through supporting artists in their creative endeavors via the funding of these commissioned works,” says City Parks Foundation President, Alison Tocci. “We are delighted that the debut of these exceptional pieces will always be associated with SummerStage.” 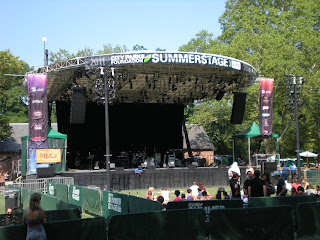 • Check the link for all dates and shows - here's some picks (all free shows):

Sunday, July 15, 2012 | 7 p.m.
Guthrie Family Reunion Celebrating Woody’s 100th
For this special show, famed folk singer Arlo Guthrie and his family will come together to offer a rare and special tribute to his dad, Woody Guthrie, in celebration of Woody’s 100th birthday.

Wednesday, August 1, 2012 | 8 p.m.
Camille A. Brown & Dancers with special musical guest Imani Uzuri / Malcolm Low Formal Structure / Special Guest: Dancin’ Downtown at The Joyce Contest Winner ”
Along with selections from her exciting repertoire, Camille A. Brown & Dancers will unite with vocalist and composer, Imani Uzuri, as they premiere a work set to music from Uzuri’s new album, The Gypsy Diaries, which will be performed live. 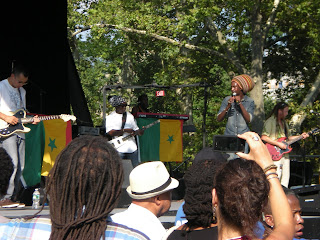