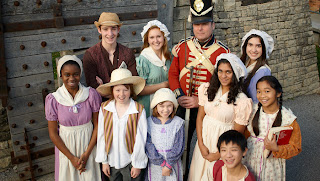 It is the War of 1812’s most famous story: overhearing billeted American officers discussing a surprise attack, the wife of a wounded Canadian militiaman undertakes a gruelling trek through enemy-occupied territory to warn the British garrison at Beaver Dams—disguising her journey’s true intent by travelling with her cow.

The cow may be the stuff of legend, but Secord herself was a true Canadian heroine whose bold intervention helped turn the battle’s tide. Now, as part of the bicentennial commemoration of the War of 1812, Luminato premieres a new opera by composer Dr. Errol Gay and librettist Michael Patrick 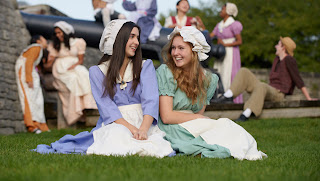 Albano that celebrates both the myth and the historical reality of this extraordinary woman.

Produced by the 200-voice Canadian Children’s Opera Company, with guest artists including baritone John Fanning and students of the First Nations School of Toronto, Laura’s Cow is a musical extravaganza that will delight audiences of all ages.

Laura’s Cow: The Legend of Laura Secord has been generously supported by Gretchen and Donald ss.
childrens opera classical music luminato 2012 opera for children theatre about the war of 1812