Film at NXNE: Slaughter Nick for President June 16 & 17 in Toronto

TORONTO - When a little-known Canadian actor accidentally discovers on Facebook that he's been widely famous in Serbia for almost two decades, he sets out to discover the reasons why. 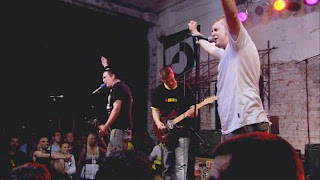 When Andy Warhol famously said, "In the future, everybody will be famous for 15 minutes," he might well have added, "in different places."

Such is the lesson of the documentary Slaughter Nick For President, about Canadian actor, Rob Stewart, who 20 years ago starred as a beach-bum detective in a U.S. TV series called Sweating Bullets (a.k.a. Tropical Heat). Today, he is a superstar in Serbia - or at least his Sweating Bullets character is.

Stewart shared his discovery with his long-time friend Liza Vespi, and the feature doc Slaughter Nick For President was born on the spot. Stewart and his co-directors, Liza Vespi and brother Marc Vespi, 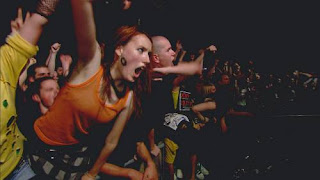 embarked on a fact-finding trip to the Balkans. Lo and behold, Rob's long-forgotten character of Nick Slaughter - a former drug agent and Mountie turned beach bum - was by far the most popular character in the history of Serbian television!

To compound the surreality, Stewart then learned the back story of his "second act," how Nick Slaughter had been a symbol of freedom and democracy in the student protests against former Serbian Dictator Slobodan Milosevic. During the tumultuous '90s under Milosevic, a generation of Serbians grew up watching the show, and a punk rock band called Atheist Rap wrote an anthemic song called Nick Slaughter, Serbia Salutes You.

Slaughter Nick for President chronicles Stewart's mind-bending Serbian journey and it relates how Rob discovered a kind of redemption in the frenzied media circus and in his completely left-field contribution to the liberation of the Balkans.