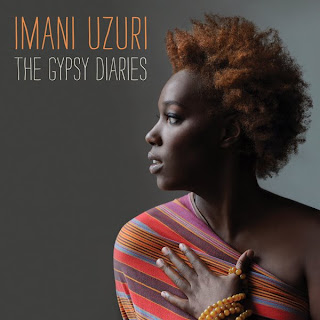 She has collaborated with Noted visual artists Wangechi Mutu and Sanford Biggers. She was also recently featured in a revival of legendary Avant Garde composer Robert Ashley's remounting of "That Morning Thing."

Coming from a strong lineage of African-American women such as Roberta Flack and Jill Scott, Uzuri steps out of the cultural norm with her new album. The mysterious figure on the moonlit railway platform, the passerby on the dusty road are not strangers; they are friends and fellow travelers.

And to stunning vocalist and thoughtful, globally-inspired composer Imani Uzuri, they spark melodies and musical connections. With the beautiful growl of a blueswoman and the sweetness of a

nightingale, Uzuri finds the deep ties that bind her rural Carolina roots to Eastern Europe and North Africa, that bind the purr of sitar strings and the ripple of Japanese folk flute to African-American traditions.

As an international underground artist, Uzuri emphasizes that music and transcendence should go hand-in-hand. Through her travels both globally and musically, Uzuri was able to create a self-awareness that is translated in her melodies.  Uzuri's travels to Russia, Ethiopia, Morroco and Senegal helped build a foundation for her album.

For Uzuri, a function of music is to not only acknowledge pain, but to also overcome it. Her words reverberate with sounds of soulful, jazzy blues similar to the Reflection Eternal and The Roots, whom she has performed with on Jimmy Fallon's "Late Night" in 2010. Her recordings and collaborations include Herbie Hancock, John Legend, 4-Hero, Talib Kweli, Sly and Robbie, Bill Laswell and King Britt. Uzuri's passion for her love of music inspired backers to pledge over $19,000 through a Kickstarter campaign to create this album.

Imani is a very beautiful person with an amazing story to tell.