KAE SUN - 8pm
Sharing Luminato’s opening night is another remarkable young Canadian whose roots have helped shape both his world view and his distinctive sound. Described as a “poetic observer of the human experience,” singer-songwriter Kae Sun began performing in his native Ghana before immigrating to Canada in his teens. Blending folk, soul and hip-hop, he released his debut album, 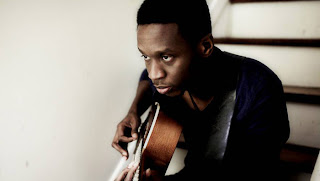 Lion on a Leash, to widespread acclaim. For the follow-up EP Outside the Barcode, Kae Sun returned to his homeland for artistic inspiration, seeking, as posted on his website, “a sense of community and authenticity… to create a more shared listening experience.”

K’NAAN - 9pm
Eminem meets Gil Scott-Heron in the music of Somali-Canadian sensation K’NAAN. Singer, songwriter, rapper, poet and instrumentalist, K’NAAN earned worldwide recognition in 2010 when his song “Wavin’ Flag” was adopted as Coca-Cola’s theme song for the 2010 FIFA World Cup campaign and went on to become an international chart-topper.

Born in Somalia and raised amidst the turmoil of civil war, he arrived in Toronto with his mother and three siblings in 1991, learning English from hip-hop albums. In 1999, K’NAAN was invited to speak before the United Nations High Commissioner for Refugees. His moving speech, critical 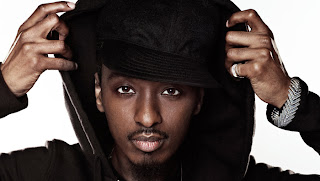 of the UN’s failures in Somalia, proved particularly inspiring to one audience member, globally celebrated Senegalese singer Youssou N’Dour, who subsequently helped launch K’NAAN’s music career. He made his recording debut in 2004 with the bestselling My Life Is a Movie, followed by three more hit albums, The Dusty Foot Philosopher, The Dusty Foot on the Road and Troubadour, and has toured and collaborated with Mos Def, Will.i.am and Nelly Furtado.

Earlier this year, he released the EP More Beautiful Than Silence, featuring guest appearances by Furtado and Nas. His latest album, Country, God or the Girl, will be released summer 2012. Don’t miss this rare opportunity to experience for free an emerging superstar whose singular sound has been described as a fusion of “Bob Marley, conscious American hip-hop and brilliant protest poetry.”