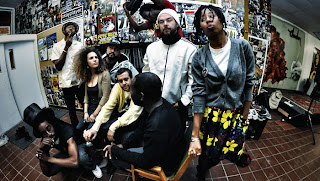 • This is a free event

Futuristic Multi-Kulti Hip-Hop Mashup Evening Concert
Nomadic Massive (8:00 PM)
What began in Montreal as two turntables and a microphone has evolved into a multilingual, multicultural supergroup. Eight musical nomads, whose collective roots extend from Canada to Haiti, Argentina and Algiers, represent an open-minded take on hip-hop which finds inspiration in the traditions of the past, combining live instrumentation, samples and a wide array of vocal styles. They have shared the stage with K’NAAN, Wyclef Jean and Guru’s Jazzmatazz and performed worldwide. 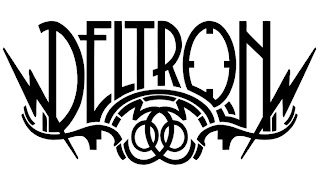 Deltron 3030 (9:00 PM)
In 1999, producer Dan the Automator, rapper Del the Funky Homosapien, and DJ Kid Koala united to form the hip-hop supergroup Deltron 3030. The group’s eponymous debut album, released in early 2000, is set in the year 3030 as hero Deltron Zero (Del’s alter ego) challenges huge corporations that have taken over the universe. After the release of Deltron 3030, the trio contributed to the Gorillaz’ first album, then began collaborating on Deltron Event II. Now in development for nearly a decade, Deltron Event II is expected to arrive later in 2012, and will shape much of the group’s Luminato performance.