Montreal - Once again, it is clear that quality and diversity will reign supreme at the Festival International de Jazz de Montréal presented by TD in collaboration with Rio Tinto Alcan, as we prepare to celebrate a 33rd edition. Fans can already start filling in their summer calendars with some of the greatest names on Planet Jazz, discover flamenco from a new perspective, take a musical trip to Brazil, return to electro-new age England or thrill to the return of a marvelous Italian voice. It’s musical happiness at your fingertips!

Three massive free outdoor parties
Once again, as in every year, three major must-see events gather the multitudes for unmitigated mass-scale musical happiness on the free outdoor site on the Place des Festivals. To kick everything off, the TD Grand Opening Event with Rufus Wainwright, presented in collaboration with SiriusXM, takes over the TD Stage on Thursday, June 28 at 9:30 p.m. At the mid-Fest point, on Tuesday, July 3, Tuesday Night Fever breaks out on the Place des Festivals during the Grand Special Event with Brooklyn group Escort. The festivities come to a perfectly danceable conclusion on Saturday, July 7 with the irresistible rhythms of Chromeo in the Rio Tinto Alcan Grand Closing Event. 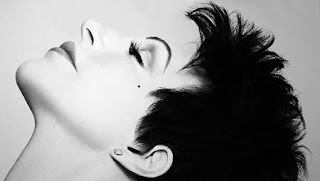 Featured shows below - with lots more including Liza Minnelli, Melody Gardot, Richard Galliano, Lila Downs, The Barr Brothers, as well as Stanley Clarke hosting four concerts in the Invitation series, and the musical The Life and Blues of Bessie Smith: The Devil's Music.

A funk evening with Esperanza Spalding and her Radio Music Society - June 29, 8:30 p.m., Métropolis (Rythmes series) - With her ample talent and beauty, singer, double bassist and composer Esperanza Spalding instantly found herself ranked among the darlings of this Festival… and the entire world, as amply attested by her 2010 Grammy for Best New Artist-the first time the award had gone to a jazz musician in 35 years. After wowing us as a jazz soloist and with a string trio, she returns with her new album, Radio Music Society, and an utterly surprising left-turn into… funk!

Wayne Shorter Quartet - June 29, 9:30 p.m., Théâtre Maisonneuve, PdA (Grands concerts Rio Tinto Alcan series) - Perhaps the greatest living composer in jazz, with a career spanning over 40 years of adorning jazz with his playing and voracious musical appetite, the saxophonist and virtuoso improviser has long since established himself as a great among greats-and one we can’t wait to welcome back, accompanied by his faithful collaborators, Brian Blade, John Patitucci and Danilo Pérez.

Eliane Elias Brasileira Quartet - June 30, 6 p.m., Club Soda (Jazz Beat Hyatt Regency Montréal series) - After charming us in 2009 with Bossa Nova Stories, a tribute to the 50th anniversary of the genre, the undeniably talented jazz pianist and singer returns, this time bringing us Light My Fire, a romantic album of covers by The Doors, of course, but also Gilberto Gil, Stevie Wonder and even Take Five by Brubeck. As sensual as ever, the Brazilian native and longtime New York resident is enjoying the best response any of her albums has ever received. 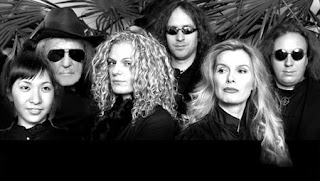 Tangerine Dream - June 30, 7:30 p.m., Salle Wilfrid-Pelletier, PdA (Événements spéciaux TD series) - Now this truly merits the term “special event”: 45 years after their formation, this legendary German group takes the stage in a Festival premiere! Widely considered the pioneers of electronic music, Tangerine Dream has gone through an infinite and mysterious amount of line-up shifts over the decades, with the sole true constant being founding guitarist Edgar Froese… and the band’s resounding success! With their exceptional longevity, voluminous discography-27 million sold worldwide-and impressive array of soundtracks for film and TV, this iconic band’s Festival show is a Dream come true.

CéU - June 30, 10 p.m., Club Soda (Couleurs SAQ series) - Possibly the hottest Brazilian artist in recent years, CéU quite simply causes a sensation everywhere she goes. The world music revelation of 2006 in Europe and America-the year she first visited the Festival-young Brazilian singer-songwriter CéU has since proven herself among the finest of the new generation of Brazilian musicians. And after a six-year absence, it was high time she returned to visit us again with her poetry, hot rhythms rolling between samba, electro-jazz and Afrobeat, beauty and pure musical pleasure! After all, CéU is Portuguese for both “sky” and…”heaven”.

Chris Botti - July 1, 9:30 p.m., Théâtre Maisonneuve, PdA (Grands concerts Rio Tinto Alcan series) - We knew he’d be with us this summer… we just didn’t know the format! This fabulous American trumpeter has a gift for surprising us at every turn. Whether as a solo artist, as part of a tribute to Paul Simon or an orchestra, playing jazz, classical or (especially Italian) pop, alone or with the likes of Paul Simon, Sting, Michael Bublé or Andrea Bocelli, this most romantic of trumpeters has audiences swooning.

Get The Blessing - July 1, 10:30 p.m., Gesù - Centre de créativité (Jazz dans la nuit series) - Get the Blessing is the absolute buzz band of the moment! Four devoted practitioners of jazz and rock, including two members of the Portishead family (bassist Jim Barr and drummer Clive Deamer), a shower of much-coveted awards from the release of their debut album (including Jazz Album of the Year, according to the BBC) and, above all, a sound from somewhere else. It is a sound that recalls the 1980s, but also folds in lounge, pop, rock and of course jazz, and plenty of improv, performed by musicians dressed to the nines who occasionally also wear brown paper bags on their heads… all of which adequately conveys the idea that we’re talking about a band that defies categorization. 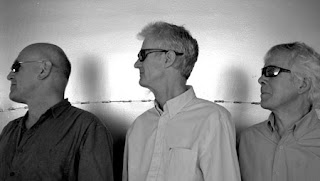 An evening with Van der Graaf Generator - July 3, 9:30 p.m., Théâtre Maisonneuve, PdA (Grands concerts Rio Tinto Alcan series) - Well, it was to be expected: after successive appearances by the band’s leader (Jazz All-Year Round 2008) and the group itself, at the Festival the following year, we were sure to get hooked… Done deal-so thank heavens we’ll have this marvelous opportunity to spend a full evening with these pioneers in British psychedelia, led by the versatile and atypical Peter Hammill. Over 40 years and 20 albums into their career, the English band has managed to maintain its mysterious aura and magical onstage presence, sometimes flirting with musical chaos, delivering nothing short of onstage unpredictability and excitement! A highly anticipated return-along with a new album!

Strunz & Farah - July 3, 10 p.m., Club Soda (Couleurs SAQ series) - Jorge Strunz and Ardeshir Farah, the harmonious pairing of musicians from Costa Rica and Iran, respectively, return to take us on nothing less than a Journey Around the Sun! The album, released this past March, is in fact a megadose of healthy solar energy, a musical tapestry woven from jazz, flamenco and Latin and Middle Eastern influences, all of it played to perfection on two acoustic guitars, with all the passion that conquered the crowd when they headlined one of our major outdoor events in 1994. A musical love affair renewed with each and every visit.


Gianmaria Testa, Vitamia - July 4, 9:30 p.m., Théâtre Maisonneuve, PdA (Grands concerts Rio Tinto Alcan series) - If we leave out the performance he delivered with his compatriots in the unforgettable tribute to Ferré at the Festival, it has already been seven years since Mr. Testa took to one of our summer stages. If absence makes the heart grow fonder, it’s doubly true in the case of this Italian singer-guitarist, who’s left us wanting more in the 5 years since the release of his last album. Finally, here’s his latest, Vitamia (My Life), an artistic statement in measuring life in days instead of years. It’s a change in perspective, then, but rendered with the same wonderful voice, the same high-quality collaborators, the same sorrow and poignant warmth. Prepare for an encounter with emotion, with musical life… in 210 days. 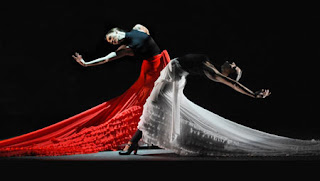 Spassov (on kaval, the Bulgarian flute you’d swear had been specially created for flamenco), and, as a special treat, percussionist Tete Peña-have poured their passion into a freer approach to flamenco. But take note: not free in the sense of the musical whatever attempted by some musicians; rather, a musical libertad that calls for abolishing constraints, drawing inspiration from the older generation, the very essence of flamenco. As an added pleasure, the evening will open with the formidable Renaud Garcia-Fons, solo. We’re already trembling with anticipation at the idea of hearing all this in the magical acoustics of the Maison symphonique…

Flamenco Hoy by Carlos Saura - June 27 to July 1, 6 p.m. (7:30 p.m. for the June 27 premiere), Théâtre Maisonneuve - A tableau of living paintings? A musical fresco? A… film? Flamenco Hoy by renowned filmmaker Carlos Saura transforms flamenco into living images onstage, via the masterful eye of a cinematic genius. The spectacle, with its mind-boggling dancing, dynamic music and poignant vocals, stars twenty absolutely passionate artists from the new generation of Spanish flamenco, executing the intoxicating choreography of Rafael Estévez and Nani Paños, under the musical direction of flamenco piano master Chano Domínguez. A dazzling journey into the very heart of today’s contemporary Andalusian flamenco!