Create your own festival package! Buy a ticket to as many as 12 films and save. Minimum purchase of 3 films required. Packages start at $30 General Public / $24 Students & Seniors / $21 Film Society Members.

NEW YORK CITY - This year, the New York Asian Film Festival is bringing the crazy back! As ever, our two-fisted lineup is packed with the blockbusters, hit romances and wild comedies (and, yes, even a few art films) that are packing them in across Asia. And we’ll be delivering guests, wild ‘n’ wooly retrospective screenings, and the contemporary flicks that are scooping up awards and setting the box office on fire in Thailand, Hong Kong, China, Japan, Korea, Malaysia, and Taiwan.

Ace Attorney
Takashi Miike | 2012 | 135 mins
Takashi Miike brings one of the world’s most popular Nintendo DS games to the big screen and it’s all about…lawyers? Prepare to have your mind blown by this mashup of The Practice and The Avengers!
Sunday, July 08, 2012 - 2:30 pm

Blood Letter
Victor Wu | 2012 | 100 mins
From out of left field comes this Vietnamese martial arts movie full of flying swordsmen, weapon-wielding woman warriors, and the kind of wu xia passion the world has just too little of.
Thursday, July 12, 2012 - 9:00 pm

Boxer’s Omen
Kuei Chih-Hung | 1983 | 105 mins
Nothing can match the sheer lunacy of this Shaw Brothers martial arts classic about black magic. You are not prepared for the gut-churning special effects.
Friday, June 29, 2012 - 11:59 pm

Crying Fist
Ryu Seung-Wan | 2005 | 135 mins
In person: star Choi Min-Sik!
The director of City of Violence and the star of Oldboy team up for a boxing movie about two deadbeats who desperately need a comeback. A neglected classic of new Korean cinema.
Monday, July 02, 2012 - 9:00 pm 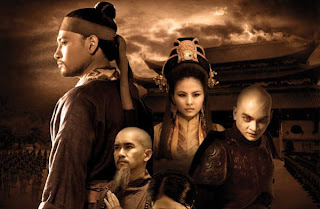 Five Fingers of Death
Chung Chang-Wha | 1972 | 97 mins
In person: director Chung Chang-Wha!
Quite simply the most influential martial arts movie of all time, it launched the kung fu craze, paved the way for Bruce Lee, and is still a hard-hitting action flick.
Saturday, June 30, 2012 - 5:30 pm

Golden Slumbers
Davy Chou | 2011 | 96 mins
In person: director Davy Chou!
Obliterated by the Khmer Rouge in 1975, Cambodia's lost cinema lives on in the memories of the filmmakers and stars who survived the genocide in this moving oral history.
Tuesday, July 10, 2012 - 6:00 pm 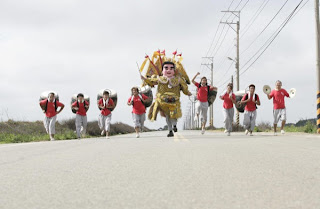 Love in the Buff
Pang Ho-cheung | 2012 | 106 mins
In person: director Pang Ho-cheung!
Pang Ho-cheung’s razor-sharp romantic comedy is the urban romance of the year. No familiarity with predecessor, Love in a Puff, required.
Sunday, July 01, 2012 - 8:45 pm 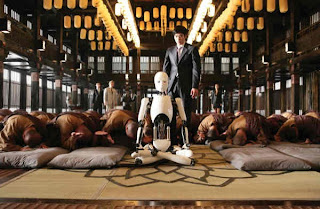 Sacrifice
Chen Kaige | 2010 | 124 mins
Chen Kaige (Farewell My Concubine) employs an all-star cast in this searing drama about a doctor who must sacrifice his own son to protect the child of a disgraced court official.
Tuesday, July 03, 2012 - 8:30 pm

Scabbard Samurai
Hitoshi Matsumoto | 2011 | 103 mins
North American Premiere!
From the director and star of Symbol comes this deadpan comedy about a disgraced samurai who has 30 days to make a dejected boy prince laugh, or he has to kill himself.
Friday, July 06, 2012 - 3:30 pm

Starry Starry Night
Tom Lin | 2011 | 120 mins
North American Premiere!
This Taiwanese hit is a visually inventive heartbreaker about a 13-year-old girl who hides in an imaginary world to escape the reality of her parent’s divorce.
Tuesday, July 03 2012 - 3:30 pm

Warriors of the Rainbow: Seediq Bale 1 & 2
Wei Te-Sheng | 2011 | 276 mins
A special Fourth of July screening of the uncut, two-part Taiwanese blockbuster that is that country’s Braveheart about its indigenous peoples fighting for their freedom.
Wednesday, July 04, 2012 - 6:00 pm 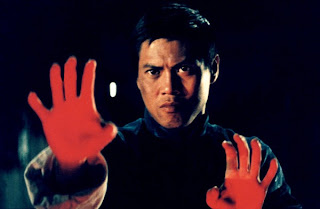