Off Broadway Premiere: The Sensational Josephine Baker Previews from June 19

legend, Josephine Baker. Written and performed by Cheryl Howard (daughter of Elston Howard —first African American ball player for the Yankees) and directed by Ian Streicher, the unforgettable story of the one and only Josephine Baker springs to life in this tightly woven musical play featuring several of Baker's signature songs.

The story goes from little girl to showgirl as we follow Josephine on her journey from conservative St. Louis, Missouri to the risqué cabarets of the Rue Pigalle, France. Cheryl Howard delivers this tale through an array of fascinating female characters: Josephine’s domineering mother, Carrie McDonald; fellow chorus girl Lydia Jones; Ada “Bricktop” Smith, owner of the infamous nightclub “Bricktop’s in Montmarte…” And a raw, fearless portrayal of Ms. Baker herself in a series of defining moments: from the hilarious antics which rescued her from the obscurity of the chorus, to the humiliation of being shunned by a narrow-minded American public, to her life-long search for unconditional love.., compelled throughout it all by an enduring passion to live life to the fullest. 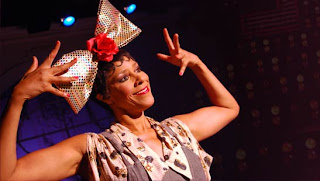 Written and performed by Cheryl Howard
Directed by Ian Streicher

*Offer based on availability and can be withdrawn at anytime. Restricts may apply.
*Discount cannot be used in association with other offers. No refunds or exchanges.