Dreaming in Autism
By Christine Rodriguez, Directed by Liz Truchanowicz 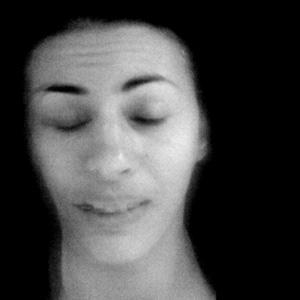 Dreaming in Autism
Enter the world of a mother who has high hopes for her new baby boy but soon learns that he has autism. She’s forced not only to deal with the disappointment and challenges but also to take on the struggle to help her son thrive and become socially accepted. Sad, funny, but mostly full of love. Poignant and written with love, Dreaming in Autism is the personal story of a mother’s ongoing challenge to help her autistic son thrive and achieve a fulfilling life.

A play developed with the help of Lois Brown at Playwrights Workshop Montreal and Djanet Sears through Black Theatre Workshop's playwright development conferences and showcases (2011 & 2012).

Enfin Libre/Finally Free
Enfin Libre/Finally Free invites the audience into the world of Lutine and the ‘baggage’ she carries through her life. Created and performed by Tracy Jutras and guided by Nikolai Terentiev (Slava’s Snow Show), Tracy Jutras as the clown Lutine brings the audience along the comedic and heart wrenching journey of shedding one’s baggage. Jutras explains her inaugural solo piece, “Using physical and non-verbal storytelling, I explore love, anger, fear, shame, courage and hope, all set against a beautiful backdrop of eclectic music from various eras”.

• Proceeds from the Sunday, June 17th show (1:45pm) will be donated to the Dr. Clown therapeutic clown program in Montréal, www.drclown.ca.

Les Clowns de Montréal is the brainchild of theatrical clown, owner & Artistic Director Tracy Jutras. With Enfin Libre/Finally Free, Les Clowns de Montréal is embarking on its first full length, one-hour show. While watching the Cirque du Soleil’s Alegria, Tracy had an overwhelming feeling come over her and she heard a powerful voice inside her heart saying, “I want to be like them”. Since that time she has studied with famed clowns Nikolai Terentiev; former Cirque de Soleil clowns Helen Donnelly and John Turner (also of Mump & Smoot); bouffon Adam Lazarus; and many others. Tracy’s clown, Lutine, was seen on stage in Red Nose District at the Toronto Festival of Clowns. Tracy would like nothing more than to inspire her audience, “I would like audiences to leave with their spirits lifted so high that they don’t just walk out of the theatre, but float away to pursue their dreams.” She confirmed her passion for the art of clowning by launching Les Clowns de Montréal, “I am now in artistic pursuit of my passion. My goal with the company is to nuture the art of clowning into the billion dollar industry I believe it to be.” 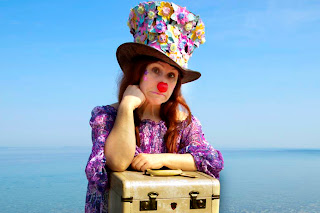 Enfin Libre/Finally Free’s artistic guide, Nikolai Terentiev, is one of the most famous Russian clowns in the world with over 40 years of international experience in performing, film acting, and clowning, in shows and circuses in over 70 countries. He is presently on summer break from touring the successful Slava’s Snow Show. Selected credits include Cirque du Soleil's Alegria; co-founder of pantomime clowning theater, Puzyr; and clown/mime theater, Litcedei. Nikolai was a professor at St. Petersburg’s Academy of Theater Arts and was the Artistic Director of Toronto’s Booff Show from 2005 to 2010, where he performed with a troupe of Russian Canadians.